Berlin and Brandenburg intend to make 16 million euros available for the film default fund planned for the end of summer. The fund is a joint initiative of the federal and state governments. It intervenes when production losses occur in individual productions due to corona infections.

Default fund in the amount of 50 million Euro

Already in mid-July, the governing mayor of Berlin, Michael Müller, had asked the prime ministers of important film countries for their cooperation in order to find a sustainable solution to this existential issue for the film industry. Berlin and Brandenburg are now planning to contribute 16 million euros to the 50 million euro default fund. The Producers’ Alliance, which has been campaigning since the beginning of May for such a default fund, as has long been introduced in France and Austria, welcomes the decision as an extremely important step for the film and television industry.

The default fund is the central instrument to get the engine of the film and television industry running again.
Alexander Thies
Chairman of the producer alliance

Without the fund, film and series productions are not protected against possible corona-related default risks, which means that many production companies cannot take the risk of having to stop shooting again.

16 million euros from Berlin and Brandenburg

Medienboard Managing Director Kirsten Niehuus: “16 million euros from the capital region for the film contingency fund is an important signal that the film and TV industry will survive the pandemic. In solidarity with BKM and other federal states, the fund is an indispensable measure to ensure that filming can be resumed, in order to adequately cover the risk of shooting, as there is currently no adequate insurance for corona-related damage. The administration of federal and state aid from a single source by the FFA would be particularly helpful”.

The default funds is intended to give the industry the security it needs to restart shooting.
Christian Gaebler
Head of the Berlin Senate Chancellery

Brandenburg’s Minister of Economics Jörg Steinbach explains: “This fund will help to secure jobs in the capital region. With this fund, the federal states are demonstrating their ability to act in an important area of economic and cultural policy. (…) It is intended to help the film and television industry in Germany to return to the production level it was at before the Corona crisis very soon”. 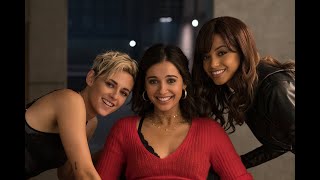 Minister of State for Culture Monika Grütters announced on July 3 that the German government will provide 50 million euros to cover pandemic-related downtime costs as part of the New Start aid and investment package. However, this support will only be used for cinema film productions and high-quality serial productions. Who determines on what basis which series production is high-quality and which is not is an interesting question.

About Redaktion Filmpuls 184 Articles
Under the designation Editorial Staff Filmpulse, articles appear that are created or edited jointly by several members of the editorial staff.

Not good news for cinema operators. Disney is relying solely on streaming for the launch of its $200 million blockbuster “Mulan”. Cinemas are losing out. This means that the global triumph of streaming platforms is continuing. [mehr…]

360 videos and their not so rosy future: What goes wrong with VR and moving images?

Never before in the history of film has it been so easy to shoot 360 films and make them accessible to an audience of millions. Nevertheless, the predicted breakthrough is still a long time coming. What’s going wrong? Three theses. [mehr…]

Playing with fire! This is what it sounds like from the side of the cinema operators, since yesterday the traditional Warner Brothers studio in Hollywood publicly declared that from next year on all its new feature films will be launched online from 2021 onward, in principle and always simultaneously with the cinema [mehr…]

Animate photos for video: The secret of kinestasis, 2.5D and parallax

How to integrate photos into a video? With the parallax effect you can create very attractive videos from still images, which can compete with any imagevideo and product video in the world. [mehr…] This article [mehr...]