A film made up of nothing but photos? That sounds boring at first. Or boring. 2.5D and parallax are the secret how to animate photos and create extremely attractive videos from still images, which can compete with any image video and product video.

Of course, you can drag photos into a timeline during editing and create an animated slide show from them. But that is not what we are talking about here! This article will show you how to create highly attractive videos from photos.

You gotta know that:

There are many reasons to want to create an image video or product film as photos. Be it because photos are already available or, as with historical pictures, there are no video recordings. 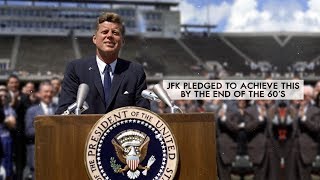 Or because your client needs high-quality photos for his purposes in the end, which is usually not possible with video recordings. Not for technical reasons, but because the staging of a video is different from a photo.

Because unlike with film, a photographer can concentrate on a single image – whereas with film, motion sequences almost always dominate. If you don’t want movement, you can also hang a photo in a frame on the wall.

Software and expertise as a prerequisite

The tips and tricks described below require two things

In particular, you should have an in-depth basic knowledge of Photoshop and Adobe After Effects.

How to animate photos: The basic principle

Man lives and moves in three-dimensional space. This fact is already taken into account by moving pictures in 2-D. They do not show the depth of space in the intensity of a film shot in 3D. But already a two-dimensional shot, in which the camera is not static, shows spatiality.

Different tempos of background and foreground: 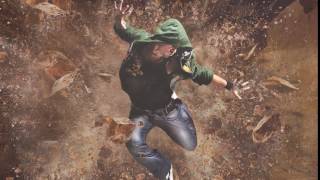 It therefore follows that if this “displacement effect” can be simulated by digital image processing, a photo suddenly becomes a film-like image.

A photo with at least as many pixels as the final format planned for your video as a basis for the next steps must be a matter of course for you. You have to keep in mind that you might also want to zoom into the picture. Without an appropriate image resolution this is not possible. As a rule of thumb: a photo that you want to make a video from can never be big enough.

No less important is the composition of the image. From a “flat” photo, by that I mean one where the foreground and background are simply not present, you should keep your hands off. Nothing good can ever come out of nothing.

The easiest way to do this is to draw the vanishing lines directly into the photo before you start editing with guides (or by hand on a printout of the photo). Imagine that the photo has been taken in a corridor. Which is the frontmost point? What in the image would be at the very back? This way you can immediately see how much the depth planes differ.

The parallax effect experienced its first heyday in video games. After all, it was and still is all about providing the player with an experience as close to reality as possible in real time. This requires computer-generated images with depth effect. In order to make optimal use of the computing power of the graphics cards, the so-called 2.5D principle was invented. Its name derives from the fact that the effect achieved in this way may not look completely like a 3-D image, but it comes close to it.

Videos from photos use the same principle. However, unlike in video games, the image layers do not already exist separately as digital animation, so they must first be extracted from the photo.

To do this, you simply cut the foreground from a photo and create a separate layer from it. The easiest way to do this is to first split a high-resolution photo into the desired layers in Photoshop and then animate them in Adobe After Effects.

Video tutorial (here with the complete editing in Photoshop) 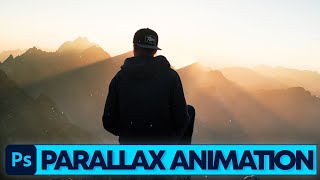 If you like, you can go one step further and split the photo into more than just foreground and background. The more layers, the greater and more realistic is the depth effect achieved with the digitally applied later movement.

Of course, this only works if you always and strictly align the image layers with the vanishing point. What is in the foreground of the image never belongs in the background. Otherwise you will get an extremely irritating picture, which can only serve as an illustration of states of intoxication.

Also clear: if you don’t separate the layers neatly, either because you don’t have the time or the knowledge, you destroy the illusion.

Integrate photos into a video: tips and tricks

It is also important to note that no “holes” are visible in the background during digital camera movements. By this I mean areas from which you have cut out the foreground and which now suddenly become visible by moving the layers.

Here, too, the professional implementation differs from the narrow-gauge filmmaker: A skilled motion designer will not only retouch these blank areas in no time, he will already pay attention to this problem when selecting the image.

Limitations and limitations on the animation of photos in videos

Unlike video recording, the length of a shot is limited when converting still images to video using parallax effect. This is simply because the different layers cannot be moved endlessly.

This is why many videos with animated photos and 2.5D effect use slow motion slowdown. On the one hand, this reduces the number of settings (photos) that need to be edited for a video. On the other hand, elaborately post-produced shots thus receive more screen time. This improves the price-performance ratio.

The parallax effect is regularly confused with the at least as famous Ken Burns principle. Nevertheless, they are two fundamentally different ways of bringing movement into static photos for videos!

Kenneth Lauren “Ken” Burns (* 1953) is an American filmmaker. For his documentaries he has been nominated for several Emmy Awards and two Oscars. Three of these film awards are now at his home.

For his documentaries, Ken Burns sought a simple way to incorporate historical paintings and photographs into his films. His solution is as simple as it is inexpensive – and made him famous. Burns simply had the camera pan over the picture or move towards or away from it. 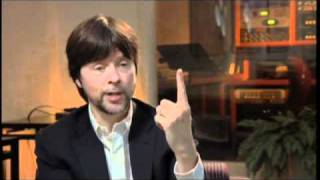 What is masterful about this is not the fact that he uses the long familiar cinematic stylistic device of panning and tracking shots. It’s the way Ken Burns guides the viewer’s eye.

The decisive criterion for the application of the Ken Burns effect is a photograph whose content is suitable for sequential narration. Where the viewer can see all the information in the picture at first glance, the effect is narrative and comes to nothing.

The basic difference to the parallax effect is that there is no need to edit a photo digitally. Setting keyframes in Adobe After Effects or similar software is sufficient. Some free programs for video production now even automatically superimpose the Ken Burns effect over still images.

And one last note for fans of precise film craft and crystal-clear definitions of technical terms:

A digitally obtained tracking shot (commonly called a zoom) is NOT the same as a tracking shot. The only exception is the drive towards a photo or painting. In this case the drive is a zoom. Therefore, there is no reason to rotate it outside of digital image processing.

Videos from photos: difference to Cinemagraphs

Cinemagraphs (cinema diagrams) can also be created from suitable photos. In this case they are a special form of photo animation for video.

However, their creation is even more demanding. This is because a cinemagram is by definition an endless loop.

About Pavel Sokolov 31 Articles
Pavel studies film editing. He likes François Truffaut, Terrence Malick, Dr Pepper, his Thermaltake View 71 TG, music by Seeed and all things related to the color red but not causing pain to any living creature.

Briefing Image Film: The Checklist from the Practice of Professionals

For image films, product films and web videos and other products of moving image communication, a checklist for successful cooperation with filmmakers and video producers is helpful. This article shows you what you need to pay attention to when producing videos. [mehr…]

Calculation Scheme for Film and Video (with Budget Example)

Part 2 of the three-part Filmpuls series on film costing uses a sample budget to explain the interaction between parameterization and production values and reveals why a Hollywood star owes his career to a Swiss producer. [mehr…]

Create animatics – How to convince with the movie before the movie

All you need for an animatic is a storyboard and the right software. This will usually be the video editing program that you already have in use. Or, if available, the video software with which you create animations [mehr…]

Animate photos for video: The secret of kinestasis, 2.5D and parallax

How to integrate photos into a video? With the parallax effect you can create very attractive videos from still images, which can compete with any imagevideo and product video in the world. [mehr…] This article [mehr...]