The TV series Star Trek, launched in the 1960s, is particularly remarkable for two reasons: Firstly, it launched a film brand whose success continues to this day. Secondly, the messages of the series were catastrophically misunderstood by part of the audience. This is an excellent illustration of one of the basic principles of communication.

When the series Star Trek flickered across the screens for the first time in the 1960s, its inventor, Gene Roddenberry, was publicly forced to deny it. What had happened?

That’s what you want to know

Say A and understand B

Understanding is an act of processing a message, this is scientifically proven today. And therein lies the challenge. That’s because today we know that the reception of a message is not only influenced by the quality of the wording, but also by the person of the respective recipient and other circumstances.

In concrete terms: the identical message A can be understood completely differently by person B than by persons C and D. For Star Trek, this circumstance caused a scandal in the prudish USA of the sixties. What had happened?

The gay community in the USA realized very quickly from 1965 onwards in the case of Star Trek, using encrypted codes, that the series was about much more than just the conquest of the infinite expanses of space. In their eyes, the series was a call for the recognition of marginalized groups and the rights of homosexual citizens. In the end, the arguments that spoke for this very special view of the series were as diverse as they were obvious.

Yet a not insignificant part of the TV audience, namely the majority, would never in their lives have thought of interpreting the successful series in this way. The view of the gay scene on Star Trek caused a scandal. Sex alert in space! The crown of creation, the pig of man. And this at prime time on TV!

Finally, the series’ inventor and creator, Gene Roddenberry, was forced to take a public stand. He assured that he had not thought for a single second about same-sex love during Star Trek when he created the TV series and its plot framework.

Nevertheless, the gay community steadfastly maintained that their perception was correct and that Star Trek was a plea for the acceptance of same-sex love. After all, the evidence for this was shown in black and white on color television weekly.

What can we learn from this?

We all know the principle of whispered mail, also known as silent mail. A child whispers in the ear of its neighbour and lets an assertion wander around in circles.

That what I hear is not always what my counterpart says is a commonplace today. Stuart Hall, a British sociologist and communication scientist, went one step further. He believed that understanding is an action in itself. Hall demonstrated that the same message was understood in completely different ways by different target groups.

The following points were decisive for the differences in understanding a message:

Thus the hysteria about the correct interpretation of Star Trek is illuminated. Stuart Hall says: “The message is changed by the act of receiving it from the receiver.

Anyone who wanted to find evidence of close male relationships and the struggle of fringe groups for social recognition in Star Trek could see it. And found himself confirmed in his views by the colourful crew, from Asian to Soviet to Vulcan, and their behaviour.

Clip from the first episode of Star Trek (1966) 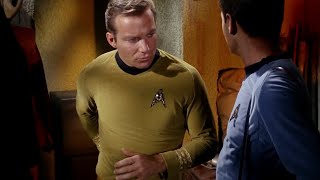 The old, classic model of sending and receiving has now been refuted. Nobody assumes any longer that the receiver has only a passive role. The mechanism that plays this role is now called the “transmitter-receiver model”.

The reception of a message is a doing. Just as the sender encodes a message and thus associates an intention, the recipient decorates the message in order to understand it. Consciously. Or unconsciously.

This decoding, shaped by the person of the recipient, is possible in four fundamentally different ways:

Note: The classical theory of decoding only mentions the first 3 options mentioned. Nevertheless, the fourth option is likely to be much more common in everyday life than one would like.

How you prevent misleading messages

Transmission and reception as encoding and decoding of a message

This leaves you with only one option: you are on an equal footing with your receiver. In reality, this means you ask someone from your target group to translate your message into their own language. This way you reduce misunderstanding and increase accuracy. Alternatively, you can formulate your message yourself and have it decoded correctly by someone from your target group later.

Some theory on communication

He called this the so-called cooperation principle, for him one of the basic rules of mutual understanding.

Communication only works if the speaker and listener behave in a fundamentally cooperative manner, that is, if they want to. Or, to put it another way: only when one party wants to be understood by the other side, understanding works.

These four points can also be summarised as follows:

If you say what is true and important and formulate it clearly and precisely, you can assume that your message will be properly decorated and thus understood by a benevolent counterpart.

A communication measure is therefore never just what it is. Film and video are no exception in the concert of entertainment, information, marketing, PR and communication. Their messages are never set in stone. They change depending on the target audience.

As the sender of a message, you should therefore always be aware that it must be translated by the recipient. Conversely, the recipient must take into account that he or she does not automatically understand what the sender wanted to tell them. The solution to this problem is not only for the Star Trek: Communication. Or more precisely, dialogue. Only with it can it be ensured that communication is more than just the misconception that it has taken place.

About Volker Reimann 19 Articles
Volker Reimann is a trend scout for virtual reality, games and interactive moving images. He is convinced that realistic projections directly into the human brain will soon be possible via targeted nerve stimulation.

MP4 Tag Editor Meta X: How to get perfect metadata for videos

A tidy house, a tidy mind. But of course you don’t want to spend half your life arranging and labeling things neatly. This also applies to video files and MP4 tags. Here I’ll show you [mehr...]