Here comes one who’s never made a movie before. And decides to film the biggest German crime case of a 19th century female poisoner. Udo Flohr is the name. “Effigie – The Poison and the City” the feature film. Filmpulse was allowed to vision the bold work these days.

»Effigie – The Poison and the City«

Love comes in many forms. This is also the case with the film business. From the prelude to “Effigie – The Poison and the City”, many a Hollywood film can cut off a stripe: That goes for the direction. And – unusually – the soundtrack. Whoops! You’d think. Someone has understood how a feature film has to start.

What does Effigie mean?

The word Effigie comes from Latin. It means effigy. Interestingly, until after 1850 the term was also used when a convicted violent offender could not be executed himself because he was absent – in this case a picture of the offender was hung, burned, hanged or quartered. This was called an execution “in effigy”.

One can also be very impressed by the performances of the actors. Above all Elisa Thiemann. But also Suzan Anbeh as serial killer Gesche Gottfried, Christoph Gottschalch and the rest of the cast are convincing.

The same applies to the camera work of Thomas Kist. This can be seen in “Effigie – The Poison and the City” in the truest sense of the word.

But also the sound design and the sound mixing are very impressive. Finally a sound film again!

Since we were shooting continuously with two, often three cameras, the sound was a constant challenge. All the more important was the work of sound designer Moritz Busch and the music of Nic Raine and the Prague Philharmonic.
Udo Flohr

Additionally, there is also a soundtrack, whose composer Nic Raine as a friend of good movies makes you want to embrace!

It is more complicated with the screenplay. The off-commentary almost makes the narrative perspective as a bracket overly clear. Whether it was added later or was already included in the original version of the film script remains the secret of the filmmakers.

But despite this guard rail, the feature film seems to lose its track in between. It is almost as if the railway, which is repeatedly mentioned in the film, is running across its own track before it finds its way back into its safe track.

It would have done the dramaturgy of “Effigie – The Poison and the City” good to focus even more on the motives of the people involved. After all, in the end, every cinema film must create maximum areas of identification and guarantee bridges to the reality of the viewer’s life. Successful feature films always use the viewer’s head and heart as an echo chamber. 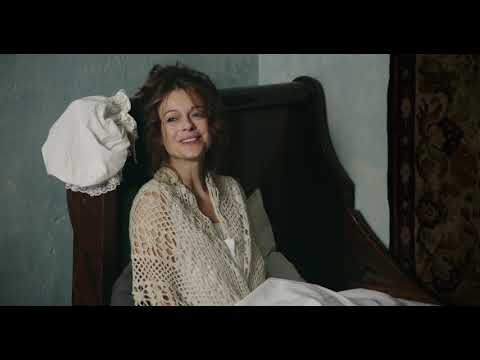 Unfortunately, the film hardly succeeds in doing so. The famous question “what if…” spins too gently in the viewer’s head. This is especially apparent in the second half of the second act. Here, to say it with the characters in the movie, one would have simply wished for more mouse butter.

Mice butter used to be known as arsenic-rich fat. This was used to send unwanted rodents to the afterlife. Gesche Gottfried also works with arsenic and clarified butter. She uses different doses, sometimes also to nurse her poisoned victims back to health in a loving and self-sacrificing way. This had earned her the respectful adoption “Angel of Bremen” over the years in the city.

Inside the Editor’s Head, or How to Edit a Feature Film in Public as a Director

A bold decision in relation to the viewer’s expectations is the period of time over which the narrative in “Effigie – The Poison and the City” by Udo Flohr spans.

Whoever lures his audience with the most spectacular and biggest criminal case in the city of Bremen makes a promise!

This promise will be kept: Gesche Gottfried will be unmasked and convicted during the course of “Effigie – The Poison and the City”. She is also recommended to us as a woman and child of her time. But then she is lost in the film, despite all the efforts of the director and the artistic montage of Sven Pape.

Of course, it’s terrible to claim that the viewer in this genre is first and foremost waiting for an execution. And yet, that’s how it is. Even a last, claimed shock-effect at the very end of the film doesn’t help us to get over it.

The reference to the original documents from the court hearing is a declaration. But not automatically a story for the big screen. The direction of Udo Flohr can’t obviously change anything about this default of the script. But, and this is astonishing, it does not fail because of this circumstance. Rather, it always finds its way back to great moments.

For me, working with the actors and actresses is the most beautiful thing about filmmaking. And I have the luck that my cast returns this love!
Udo Flohr

The real difficulty of this first work, however, lies in the fact that the story has only limited urgency from a marketing perspective. After all, a feature film always has three things in common: entertainment, in the best case also a work of art, but always also an economic asset that must strive to recoup its production costs. Why go to the cinema now and buy a ticket for “Effigie – The Poison and the City”? The answer is difficult. From the unknowing viewer’s point of view, this story could have been told the same way five years ago.

The conflicting life plans of the lawyer Cato Böhme (embodied in the film by Elisa Thiemann) and the mass murderer Gesche Gottfried (Suzan Anbeh), combined with the question of the distribution of roles between the sexes, do not carry enough weight to lure the masses into the cinema or television, despite the texture of a true story.

The intention, after all, honours the authors, especially since Fassbinder, in his 1972 adaptation of the same material, only strained to balance on this ridge (Bremer Freiheit – Ein bürgerliches Trauerspiel).

The psychological portrait of the mass murderer Gesche Gottfried, who has gone down in the history books of Bremen, would be more tangible. The question of whether Gesche Gottfried can be held responsible for her actions as a mentally ill poisoner, which is only touched upon in the film and existential to the condemnation of Gesche Gottfried, is in its concrete implementation too weak a magnet for an audience which in the times of Netflix is open to experiments – but wants to be led by the hand.

All of this should make the marketing of this first in the arthouse segment a serious, if not a major challenge. The producer should have done his homework better in this regard. After all, this reduces the potential of “Effigie – The Poison and the City” to the readers of feature pages and to high school classes.

This is also indicated by the title of the film. It didn’t have to be “The Mouse Butter Murderess”. Nonetheless, the idea of a movie title is to be a kind of label that presents the viewer with a piece of chocolate that has become a word. To use the ambiguous “Effigie” is a clever as well as nice idea. It doesn’t work.

Despite all this criticism, this movie remains one of those first works that you wish to find an audience for in order to at least recoup the production costs.

After the shoot is before the shoot

Dear sponsors! Dear co-producers! Please support Udo Flohr so that we can see his next film! The man has talent. He has understood the importance of image and sound and even more the power and art of the actors.

Even without knowing him, you can be sure because of his first film: This director is a keen observer, even of himself – and therefore a quick learner. And stamina, he has that too. Because otherwise there would be “Effigie – The Poison and the City” and this film review would not be here.

Filmpulse awards points from 1 to 10 as a rating for film reviews. However, we do not rate first films.

Games and streaming are serious competitors for cinema films. But the future of cinema will be decided elsewhere. Much of the movie industry, Hollywood included, doesn’t really seem to have noticed this yet. [mehr…]

“Mulan” is an exceedingly visually appealing movie spectacle of action movie, adventure movie and war movie. The story, which is breathtakingly told over a long stretch, lasts just under two hours. And with each passing minute, the feeling grows: Disney means business. Deadly serious. [mehr…]

Marley, Lassie, Beethoven and Bolt: The 25 Best Films With and About Dogs

Here you will find the 25 best films with and about dogs. Whether Marley, Lassie or Beethoven & Co: The four-legged fur noses have so much to offer in our film list for dog movies! Insider tip like “Frankenweenie” and the “Pick of the Litter” included. [mehr…]