Megaironic powers were attested to him by SPIEGEL for his feature film “Ronny & Klaid”. But not only irony, Erkan Acar must also have energy in abundance. There’s no other way to explain how the Berliner, born in 1978, can successfully work in four functions at once: As a producer, actor, director and writer. In German cinema, the über-talent is surprisingly still considered an insider tip to be discovered, despite his formative collaboration on films that regularly boast cult potential.

He caused a sensation with “Schneeflöckchen”. In “Faking Bullshit” he convinces as an actor and at the same time pulls the strings behind the scenes with his film production company Mavie Films. fpi. Erkan Acar was 19 years old when he started making his first short films and video clips. With different jobs he saved up the money for professional film equipment and founded a material rental. From then on, he was able to realize his own projects more easily in this way. The distribution grew, became a production company and Erkan Acar’s career as a producer, director, writer and actor for music videos, commercials and films had begun.

In 2011, Acar sold his equipment rental business and decided to focus only on the feature film business from then on. This was followed by the cult film “Schneeflöckchen” (with Acan as producer and actor), the comedy “Ronny & Klaid” (as producer, director, co-writer), “The Witch and the Ottoman” (producer, actor and co-writer) and “Faking Bullshit” (producer and actor).

He started in the film business with a rental company for film equipment. Erkan Acar is a man with many facets. In an interview with Filmpulse, the multi-talented actor explains how he manages to remain true to himself in all his roles.

Filmpulse:Erkan, can a young talent copy your career?

Erkan Acar:You can always copy. But would anyone advise it? I wouldn’t recommend it! (laughs) No kidding. Of course I would be happy if I could show young talents with my career that you can prevail against many adversities if you learn to think outside the box, trust your own intuition and have good friends and colleagues around you.

Filmpulse:Does it make things easier if you are not only a producer but also the main actor?

Erkan Acar:I wouldn’t call it easier now. But it’s definitely more comfortable for me to have the reins in my hand. Then, of course, I can prepare myself better in advance and direct everything so that I am really satisfied with my performance myself (laughs). In this case, of course, you then drive on several tracks and this in turn means more responsibility. I personally love it that way!

Filmpulse:What would have happened if you as a producer had not been satisfied with yourself as an actor in “Faking Bullshit”? Would you have fired yourself?

Erkan Acar:I would say that I am very self-reflective, so that I would not cast myself in advance if I had the feeling that I was not suitable for the role in question. Never say never, but it wouldn’t come to firing me because I wouldn’t get hired in the first place if the conditions weren’t right!

Love what you do and do what you love!
Erkan Acar

Filmpulse:The most important characteristics or traits that director Alexander Schubert of “Faking Bullshit” would use to describe you?

Erkan Acar:I think I would rather ask Alexander! (laughs) I mean, we’ve become good friends… but I think he would describe me as ambitious, courteous, sensitive, and sensible.

Filmpulse:Please name the most important tricks thanks to which you have made your career!

Erkan Acar:I wouldn’t call it a trick, but it is passion! I love what I do. And that’s what I would urge everyone to do as well: Love what you do and do what you love!

Filmpulse:Who would Sina “Tina” Tkotsch rather party with? With the producer Erkan or the actor Erkan ?

Erkan Acar:Sina has such a great personality that she wouldn’t care if it was the producer or actor. She would only party with the human Erkan.

Filmpulse:Director Alexander Schubert had his producer in front of the camera non-stop with you as the actor in “Faking Bullshit”. Can this work?

Erkan Acar:Yeah, sure. We discussed all the necessary issues between production and direction beforehand, so none of it had to be moved to the set. On set, I’m really just Erkan the actor. I think Alexander would agree. If I had also lived out my being a producer during the shoot, it wouldn’t have done either of us any good.

Filmpulse:What distinguishes the producer from the actor?

Erkan Acar:I think the actor is happy when you work overtime and the producer is not. (laughs) As a producer you are also responsible for the financing.

Filmpulse:If budget didn’t matter – what story would you produce next with Mavie Films?

Erkan Acar:I would love to remake the very first film I ever saw in my life: a Bollywood film called “Coolie” from 1983 with Amitabh Bachchan. I must have been about 7 years old at the time and he has been my absolute idol ever since. Yeah, I’d remake that one with me in the lead.

Filmpulse:Your production company is called Mavie. What’s behind that name?

Erkan Acar:Mavie Films is composed of the Turkish word “mavi” (blue) and the French “ma vie” (French for: my life).

Filmpulse:Do you think that cinema will survive despite Netflix & Co.

Film Pulse:Four good reasons why you must watch Faking Bullshit?

Erkan Acar:. If you know the original “Kops,” a 2003 Swedish film and liked it, you’ll love “Faking Bullshit.” 2. because it’s a light comedy and doesn’t go below the belt, which means it’s a family-friendly movie. 3. because it was brave and it was made without funding. 4. and, because you should support the cinemas. 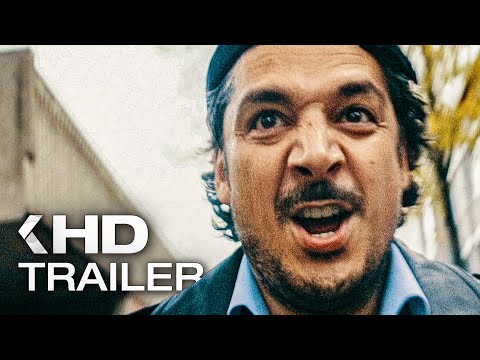 Filmpulse:A point that has to be mandatory in every one of your film projects?

Filmpulse:Erkan, thank you very much for the time you took for this interview and our questions about “Faking Bullshit” and your career. We are eagerly awaiting your next films, which – as a matter of honour – we will watch in the cinema!

A big thank you for arranging this interview goes to the agency 17durch2, Zetha Asafu-Adjaye and Johanna Bartsch.

The quote mentioned in the lead of this article is from the October 05, 2019 Mirror on the occasion of the theatrical release of “Ronnie & Klaid”. In the same article, the news magazine noted for its readers: “Erkan Acin pays homage to the genre of the buddy disaster drama with a passion for stupidity surpassed at best by Helge Schneider in the German cinema business.”

Graduation films by students of the ZHdK are regularly among the big winners at international festivals. Is success learnable? We spoke to Michael Schaerer, head of the practice area for film editing at the Zurich University of the Arts [mehr…]

Inside the Editor’s Head, or How to Edit a Feature Film in Public as a Director

Successful editor Sven Pape from Burbank, USA, edits his films in public. He uses YouTube and Patreon to do this. In this interview, he and director Udo Flohr explain how post-production works on his film projects. [mehr…]