How to: Do you have an idea that you want to turn into a movie or a series? You want to know what your vision is worth? Then it’s time to write the synopsis. Here you will find everything you need to know about it.

An exposé for film and television is the first step on the way to the later film.

It sketches in rough lines what will later become a script. At the same time, the exposé is also a reality check. With it you find out if and who is interested in your film or series idea. Here you will find an example of a synopsis and everything you need to know about it.

How much money do I get for an exposé?

In most cases, as an author, you write a synopsis at your own risk. For the first time, you won’t get any money for it. Exceptions prove the rule.

If your idea is convincing as a short concept, you will only be paid for the next work steps. So the creation of a treatment and based on it the script.

For once, someone may pay you.

This is usually the case when you can already count yourself among the established film authors. Or when it comes to vetting someone else’s idea for a film adaptation. Be it an adaptation of a successful novel. Or if the production company or the producer has an idea that he is not able to put into film form himself.

In rare cases it is also conceivable that you sell the rights to your exposé. This is conceivable if your idea is more convincing than your writing. 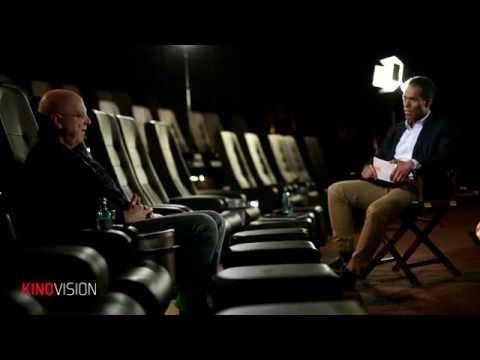 The most important tasks of the exposé

A synopsis has 4 important tasks:

First, your synopsis must ultimately convince a producer, film production company, financier or TV station of your idea. Because that’s the only way you’re going to get paid for the next steps. This distinguishes it from writing an essay for a research paper and writing a bachelor’s thesis.

2 Communicate security by writing an exposé

Secondly, the synopsis conveys certainty to the expert reader: the film expert can tell if you think cinematically. He can use it to gauge whether you can lift a script.

This is important because a synopsis is only a few pages. A screenplay contains between 90 and 120pages. It is easy to lose the overview. Or being too enthusiastic about yourself and your idea.

At the same time, and crucially, the synopsis is the first time your idea manifests itself in narrative form. This is where you find out if your story is any good. At the end of the day, whether or not that’s the case is up to the entity that’s going to fund the film or series.

Because while everyone else is getting paid for their work, the producer is taking a risk. He has to see that he gets back the money he invested in the end. This also applies to government-subsidized films. No film can be financed 100% with subsidies.

3 Thinking the whole story through

Third, a synopsis forces you to think your idea further. The written form forces you to put your vision into words in a way that sparks a third person. This is detached from your person. You may be a charismatic storyteller in a face-to-face conversation, a smart cookie who amazes your counterpart – when you’re writing a synopsis, it’s what’s on paper that counts.

4 Legal protection of the author

Fourthly, let us not forget: In European copyright law, ideas are not protected. Anyone can take your idea.

But, therein lies the small subtle difference, the formulation of an idea is protected. And it’s automatic. From the moment you put it down on paper. That’s another reason you want to write a synopsis.

How is an exposé structured?

There is no obligatory form for a synopsis. Theoretically, you can write your movie concept however you see fit. You’ll be outing yourself as a layman very quickly. In the film industry, some unwritten rules have been established on how to write a synopsis.

The structure, although only to be understood as a preliminary outline, follows three stages:

The tagline, the headline below the title of your synopsis, is the entire plot summarized in one sentence. To achieve this is a great challenge. Because here you’re making a promise that you’ll have to keep later.

If you write a summary on the title page, which I recommend you do, you have no more than five sentences for it. Getting your plot to the point in this brevity is not only a challenge, but also a perfect exercise.

The same is true when you have to introduce your main characters in just three to five sentences on the second page. In doing so, of course, you want to highlight what qualities these characters have in the context of the plot.

Secondary characters do not belong on the second page of the synopsis. They are only mentioned in the storyline.

The storyline builds on the short summary. He lists the plot lines, subplots, challenges, and conflicts. It shows how your characters want to accomplish their goals, how they’re doing, and where the journey is going.

How many pages does a synopsis have to have?

A synopsis usually comprises between three and a maximum of fifteen pages. In exceptional cases, it can also be twenty pages. But be aware: the shorter a synopsis, the greater the chance that it will be read.

Example of an exposé

Here is an example of a film synopsis for a three-part series for a teenage target audience. Note that the scope of this synopsis far exceeds the usual scope because it was commissioned by a TV station.

Here you can find an example of a film treatment.

Tips and tricks that work in practice

The following tips and tricks characterize the professional writer:

Your synopsis must take into account the rules of visual narratives. It is not a novel in which the actors indulge in inner thoughts. Get it through your head what has always set Hollywood success writers apart: Don’t tell me, show me! (In the English original: “Don’t tell me. Show me!”)

Inner conflicts of a character must therefore always and necessarily be clarified by the plot. That’s what’s meant when someone tells you you don’t write cinematically enough.

Why not just write a screenplay?

There are writers who can bang out a script in four to six weeks. It takes the average screenwriter six months to a year and a half. You don’t want to invest that time and effort without getting paid for it. And even if you don’t need to make a living from writing, it makes little sense to spend so much time before it’s clear whether the story or idea will excite a film production or financier.

Every feature film production that is reasonably well known and successful gets offered film ideas on a daily basis. But no one has the time to read an entire script every time. Time is also money in the film business.

If you send a script, the best case scenario is that you get the script sent back to you. Or simply no answer, because your beautiful work has long since become waste paper.

Difference between series and feature films

You write a synopsis either for a feature film or for a single episode of a series. If you want to summarize the content of a series, you create a treatment or a preliminary stage of the so-called series bible – a guide that contains all the important storylines and their development. The other differences in script work for film and series are already apparent at this stage, for example in the writing process and responsibilities.

Before you hit the keys

It burns inside you! You have the perfect, brilliant and unique idea! Still, take a breath first and wait to write an exposé until you can think clearly again. Before you write a single sentence, you need to do your homework as a newbie.

That means talking to other writers. Invite them in for coffee and ask about their experiences.

The right network is everything. That’s the only way you’ll find out later who you’re sending your synopsis to. And who better not.

Every film production and every TV station has a profile, is looking for stories with their very own specifications. If you don’t know them and try to send them in bulk, you’d better throw your synopsis in the trash right away. At least then you’ll know why you’re not succeeding.

The reverse is also true:

A professional exposé in the right hands will open doors to places you wouldn’t dream of. That way you can easily find out if you can sell your <idea.

I wish you all the luck in the world, lots of energy and even more flashes of inspiration, but above all lots and lots of perseverance in writing your synopsis. Because happiness can be earned with perseverance and professionalism!

In dramaturgy there are proven ways of maintaining tension. Filmpulse shows very concretely how storytelling can be improved and the viewer’s attention can be increased with dramaturgical tension fields. [mehr…]

Self-Learning Software for Film and Video: No Utopia Thanks to Artificial Intelligence

Independent learning software will change the way film and video are made. 3 theses on the impact of image recognition becoming more precise. [mehr…]

How Many Kilograms of Emotion Does a Successful Video Need Per Minute?

When it comes to justifying the power of moving images, the term emotions quickly comes up. But what’s behind all this? How many feelings does a video need to evoke in order to create impact and thus be successful? [mehr…]

Expanding the Vocabulary of Film: Cinefade Shapes “Mank” by David Fincher With Variable Depth of Field