Once a feature film has been produced, it is easy to determine whether you as a producer have hired the right people. But then you can only rejoice. or very angry. Crazy is crazy. How do you recognize during your film project whether you have true professionals on board? Or if you’ve been taken in by a couple of talented self-sellers? You’ll find the answer here.

Filmmaking is project business. Over and over again. Every feature film is unique. Veteran film foxes know: no project without crisis.

As a film producer, turbulence costs you a lot of money and energy, often power too. When it comes to image films, the client’s trust in your competence often suffers. Nevertheless, crises also have their good points. Here you can see who a real professional is. And who is not.

You must know that

The thing with the bathing trunks

Warren Buffett, legendary investor, is famous for saying, “Only when the tide is out do you see who wears swim trunks.” It’s no different in film and video. And it’s not just for the low tide. Not without reason do pilots, for example, know that it is only in critical situations that it becomes clear who is really a professional.

This article defines a crisis as a highly threatening situation. Situations that could cause your film project to fail.

These are those moments when your phone rings and you drive to the location with an uncontrolled twitching of the corner of your mouth and excessive speed. Unless you as a producer are already on location in the eye of the hurricane. Which doesn’t make it any better. It’s the moments when you face a production stoppage.

To avert the super-GAU you need absolute top performances now!

This includes you as a film producer as well as director, cameramen, assistant director and production manager.

Five characteristics of true professionals in a crisis

Being able to deal with these five points in a solution-oriented manner means being a professional. This is where the wheat is separated from the chaff. In situations like this, you can see if you and your Head of Department are cut from the right cloth for the entertainment business.

True professionals have routine and self-confidence

Those who face and successfully master the combination of these five factors in real life prove more than just routine. He or she also has a good deal of self-confidence.

Training alone does not help. Because what is training? No more and no less than the acquisition of a certain routine. This may be useful for dealing with crisis situations, but it can also completely block you. This should not happen to a true professional!

If a single known element of the exercise chain is missing, stress and helplessness block all other thought processes.

These are the cases in which inexperienced airline pilots repeatedly start to go through their checklists for emergencies in case of danger. They go round in circles on a hamster wheel instead of accepting the threat in order to clear their heads and find a solution that may not be practiced, but is a lifesaver.

If people fall out of their routine, this is often indicated by the fact that they start talking to themselves. They think aloud about all possible options during stress. Until there is no time to make any choices at all.

The entertainment business is brilliant at hiding or glorifying crises. You seldom hear what really happened behind the scenes during the shooting. Appearances need to be kept up and the show must go on.

The best-known example in recent years of top performance in a situation that placed maximum demands on professional skills, an uncertain outcome, threatening consequences in the event of failure, no second chance and little time was the emergency landing of a scheduled airliner shortly after take-off into the Hudson River near New York in 2009.

The story of the hair-raising ditching was filmed in 2016 by director Clint Eastwood with Tom Hanks in the leading role. 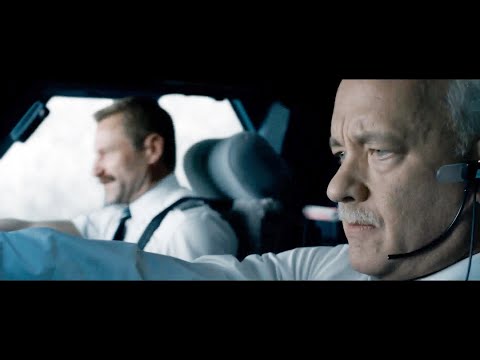 Pilot “Sully” Sullenberger (*1951) kept his nerves after a collision with wild geese shortly after the start. He proved what true professionals are made of: enormous mental strength. After a complete engine failure, the altitude of his passenger aircraft allowed for a motorless glide of almost 180 seconds.

The tower instructed the pilot to return to La Guardia Airport, where the passenger plane had taken off minutes earlier. As a true professional, Sullenberger realized within seconds that his 75-ton “glider” was losing altitude for over 300 minutes per minute.

Turning back and attempting an emergency landing at the airport would end in a crash in the city of New York, costing not only the lives of its 155 passengers and crew.

Because Sullenberger had made this decision in the first few seconds, his mind was now free for what was essential for survival: to keep the engine-less aircraft weighing several tons horizontal until it touched down in the river in the middle of New York and to land it in the water in such a way that it would not break on impact. All 155 passengers survived.

What can we learn from this? Firstly, that smart decisions in crises are also successful because they are no longer questioned but brought to an end. Secondly, that as a true professional, and only then, you should trust your own abilities, but you should not overestimate them.

About Zachery Z. 37 Articles
Zachery Zelluloid has worked in the entertainment industry. He writes under a pseudonym because he does not wish to violate his contractual obligations of confidentiality, promote the economic advancement of the legal profession, or snub friends. His real name is known to the editors.

Eva Habermann: “What We Did, We Did Not Know, but We Did It With Love!”

Amazing Facts About Video Production That Will Knock You off Your Chair!

For the creation and production of every film and video, a multitude of questions must be answered. For the first anniversary of Filmpulse Magazine we wanted to know how many questions there actually are. And were amazed at the result of our study! [mehr…]

In the second part of the series, FILMPULSE introduction to video technology explains the advantages and disadvantages of the most popular video formats. In addition, questions of conversion (the transformation from one video format to [mehr...]