The German production company PSSST! Film sets new standards for Germany. Their feature film “Freaks – You are one of us” has entered the international Top 10 at Netflix right from the start, according to the industry magazine Blickpunkt Film.

Freaks: Already in the Top 10 at Netflix on the first day

Who would have thought it? Probably producer Oliver Berben, who is the most likely to have produced PSSST! Film, who described film production behind “Freaks” when the company was founded a year ago as “two of the most innovative, extraordinary producer personalities in the industry”.

In just one day, the German TV movie “Freaks” conquered 9th place in the Netflix top 10 in the USA, 2nd place in Brazil and 1st place in France. In its production country Germany, the superhero film started at position 4.

“Freaks” tells the story of the fast food saleswoman Wendy (played by Cornelia Groeschel), who suddenly discovers superpowers in herself and thus turns her life and environment upside down. In further roles play in the feature film: Gisa Flake, Tim Oliver Schulz and Wotan Wilke Möhring. Eva Löbau (Tatort) and Nina Kunzendorf can also be seen.

“Freaks” was directed by Felix Binder. The script was written by Marc O. Seng. The camerawoman is Jana Lämmerer, the digital effects (VFX) are by lugundtrug from Berlin/Cologne. 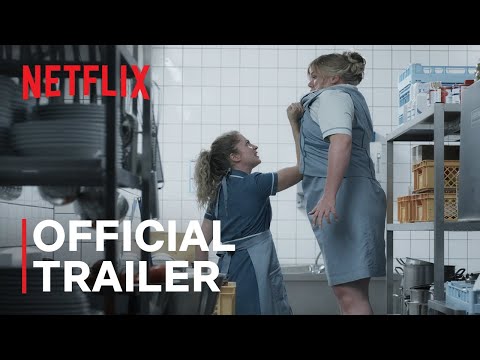 Producers Maren Lüthje and Florian Schneider, together with “Freaks” director Felix Binder and author Marc O Seng, masterfully demonstrate with this film how unusually high production values are possible even with a small budget. The film itself can therefore easily convince in the hard, international competition.

PSSST! Film (The German PSSST! stands for the English Shhh!) is the result of the merger of producers Maren Lüthje and Florian Schneider. Constantin Television holds a majority stake in the production company. “Freaks” is a co-production of Netflix Originals with the ZDF editorial team “Das kleine Fernsehspiel” and is also the production company’s first film.

Harvey Hollywood and the Silence of the Lambs | Commentary

Girl-eaters like Harvey Hollywood have a long tradition in the entertainment business. This raises fears that grass will soon grow over the scandal. Grass that will serve as food for young lambs that will once again end up as wolf food. [mehr…]

Not good news for cinema operators. Disney is relying solely on streaming for the launch of its $200 million blockbuster “Mulan”. Cinemas are losing out. This means that the global triumph of streaming platforms is continuing. [mehr…]

How Hollywood Is Aligning Its Films With New Markets and Partners: China Film Group

The roaring lion of MGM and the abstract Matterhorn of Universal Studios are icons. More and more often, however, new players from China appear on the screen, whose logos we have to remember. One of them is the China Film Group. [mehr…]