Whether Frankenstein, Dracula, Pennywise, zombies or the nice neighbour next door who suddenly reaches for a chainsaw with a crazy look: the genre of horror film cannot function without borders. This article will explain to you, with examples, the mechanics of horror and film and take you into a genre of film that has it all.

Feature films carry the word horror as a seal of approval and genre designation because they want to scare their viewers. Intent serves the purpose. Dramaturgically, in terms of content and form.

There are always films that massively transgress boundaries (even those of good taste). And still only cause boredom in the audience. Even though cinematic pipe-drops aren’t just part of the entertainment business when it comes to horror movies – here we’ll explain why horror doesn’t work in film without borders.

Definition of the film genre horror

As a genre, the horror film is a parasite. In a sense, it superimposes its laws on other genres that already exist and are anchored in the viewer’s consciousness.

Even the choice of location, important for any film, has even more weight in this kind of film. Often it even influences the outcome of the plot.

1No rule without exception in horror movies

Rules play an important role in horror films even outside of the genre.

The most important rule is:

There is an exception to everything and this one proves the rule. If the viewer in the horror film looks for security in something he knows, be it a rule of conduct in social intercourse or a law of nature, this is contrasted with the opposite.

In horror, the threat comes from the uncertainty of what the characters in the horror film can rely on. But that alone is not enough. Often the threat arises from a circumstance that cannot be scientifically understood. Ghosts, spirits and zombies are the exception to the rule in horror that only what can be proven exists.

A person’s behavior occurs contrary to the viewer’s expectation. The law of nature (gravity, for example) in which the hero trusts does not prove to be a saving fact. But as an illusion that holds even more horror.

Frankenstein’s monster is named Dr. Victor Frankenstein. Even though many films today equate it with the name of its inventor, this is wrong: Frankenstein is the name of the young Swiss doctor who builds the monster in Mary Shelley’s novel from corpse parts at the university in Ingolstadt. The monster itself – it is nameless and timeless.

Like the horror it has spread since the novel’s anonymous publication in 1818, the monster as an exception confirms the rule that what is dead stays dead. Today, when replacement organs can actually be grown and transplanted by medical science in the foreseeable future, Frankenstein stands only conditionally for the antithesis. It is possible that the original monster of film history will be caught up with reality in the near future.

2The horror film finds its starting point in everyday life

The laws from the everyday life of the viewer apply. At least until they are broken. Reality is the basis on which the exception is built. This distinguishes this type of film from fairy tale and fantasy films, for example.

In the laws of a fairy tale, demons are as much a part of reality as witches or werewolves. The very fact of their existence is normality in the universe in question. That is why the Harry Potter series belongs to the fantasy genre.

Fear and terror, like menace, are an essential component of horror. This can be concrete and visible. Or diffuse and invisible.

There are movies that manage not to reveal the threat for the entire movie time. Exemplary of this is the legendary feature film by directors and writers Daniel Myrick and Eduardo Sánchez, The Blair Witch Project, which works masterfully with the projection of the main characters and the audience.

The unseen is often more frightening than the seen. The master of horror, Stephen King, also plays with this in his bestsellers or the film horror in “28 Days Later” by Danny Boyle with Cillian Murphy, the horror thriller “Rosemary’s Baby” or the horror drama “So Dark the Night” by Tomas Alfredson. The exceptions that confirm the rules are the scripts of James Wan (Saw) or the film series “Final Destination” .

3Without identification no goose bumps in horror movies

Like any kind of film, the horror genre requires the audience to strongly identify with the main characters. If you want to spread fear with a film, you will only be successful if the audience feels affected by the content of the horror film.

Concern can only arise through identification.

If the viewer does not see himself in the main characters, if he cannot recognize his own world in the film, he will possibly follow the events with amusement or suspense,. But they will never touch his innermost being and cause fears in him.

4 You’re in the victim’s shoes.

Horror relies heavily on the viewer seeing the events from the eyes of the characters in the horror film. Not only, but also because of this, the subjective point-of-view (POV) plays a dominant role in the genre.

Even more than other genres, the horror film tries to let the audience see the action through the eyes of the actors as performers. The Netflix series Squid Game demonstrates this beautifully: the viewer experiences the horror of the main characters without knowing more than they do.

The best horror movies of the last 10 years | © YouTube / KinoCheck 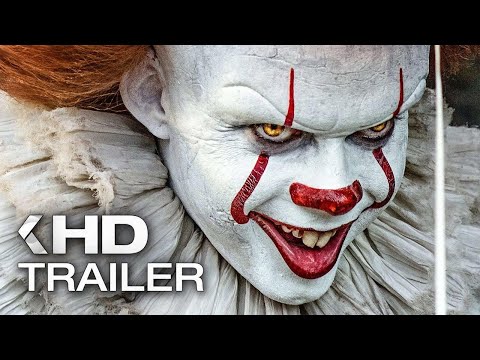 The aforementioned feature film “The Blair Witch Project” tells its story entirely from the point of view of the actors.

Similarly radical, and much worse, is Son of Saul. His horrific images draw their power not only from what the camera sees. But also from what the camera does not see. This masterful feature film also touches on the much-discussed question of whether, when the unimaginable has actually become reality, the unimaginable can still have any space at all?

It’s worth noting the trend in horror films to always have the monster appear as a victim of society for a few years. The most famous historical representative is the film “Frankenstein” (1931) by James Whale with Boris Karloff, who is immortal not only in this film.

The last big wave of horror movies, after films from the genre got harder and harder in the 70s and 80s, was recognizable in the 90s. A good example of this is the film “The Hand That Rocks The Craddle” by Curtis Hanson.

Directors who set the standard in horror films:

Writing Scripts for Film, TV and Series: The Ultimate Guide to Successful Scriptwriting

You want to write a story for a movie? Then you’ve come to the right place! In this article, you’ll find the ultimate guide to screenwriting as a beginner. We’ll explain what’s important when writing a screenplay. [mehr…]

How Ideas Take Flight in Creative Agencies: The Two Most Famous Checklists in the World

This article will show you the two most famous checklists in the world for improving creative ideas: The Zwicky Box and legendary advertiser and agency founder Alex Osborne’s 7-part question list. [mehr…]

How Long Does a Video Need to Be to Work Really Well? | Ask Dr. Film

Reader question to Filmpuls from Nadia E. from Stuttgart: “I only get contradictory information about the maximum length of videos! How long does a video have to be to be successful on the internet in social media or YouTube?” [mehr…]