The editing of a film usually takes place behind the scenes. For the upcoming feature film “Effigie – Das Gift und die Stadt” by Udo Flohr, which is currently being edited by editor Sven Pape in the USA, the opposite is true: Here, director and editor open their treasure chest! You can watch them online and in real time editing in Hollywood. In an interview with Filmpulse Magazine, they tell us how this works.

For the successful editor Sven Pape, the disclosure of his wealth of experience from the cutting room is as much a secret of success as it is a unique selling point. He innovatively shares his secrets with a growing number of fans. On YouTube alone, the Burbank resident’s film edito is followed by over 200,000 people! His latest project “Effigie – Das Gift und die Stadt” is Udo Flohr’s first feature film. The feature film tells the true story of a serial killer who murders 15 people in Germany in the early 19th century.

Filmpulse:Udo, for the editing of your first feature film “Effigie – Das Gift und die Stadt” you decided to take an unusual path in post-production together with the well-known editor Sven Pape. How did it come about? Udo Flohr has an M.A. in linguistics and psychology. He studied directing at filmArche Berlin, Medienakademie Wetzlar, Adrienne Weiss’ School NYC and the Baltimore Film Factory. As a science and technology journalist, he previously worked for television and radio, wrote for Der Spiegel, Byte magazine, and spent 15 years at MIT Technology Review. Udo Flohr:Sven has published workshop episodes on his projects before – so I didn’t find the way so unusual. I’d been fascinated by it for a while, got an idea of what made him tick… – and at some point I thought: It would be cool if he edited my film! I had actually assumed that this would also take place partly in public. Meanwhile, I could imagine working similarly with a composer, for example.

Filmpulse:Sven, was it difficult to get you excited about this kind of collaboration?

Sven Pape:Quite the opposite. I was actually just looking for a follow up project. In 2016, I had edited director Mark Webber’s feature film “Flesh and Blood” and first posted the process on YouTube. Even today, all 37 videos can be seen on my channel – from the creation of the project in Final Cut Pro to the premiere of the film. The next project (the documentary “Alt-Right: Age of Rage”) I could only edit under strict confidentiality due to the explosive subject matter. Then I received a new offer where I would have had to work in camera again – a big reason not to accept it.

Filmpulse:What do you expect from the public “shoulder view” and Patreon in editing for “Effigie – The Poison and the City”?

Sven Pape:Oh there are so many things! First of all, it’s very nice to find viewers who are interested in insights into the assembly process. There is definitely a deep dialogue and in the meantime I have gained many contacts in the industry through my internet presence. Udo and I would never have met if I hadn’t done it this way before – and who knows where the next project will come from.

The insights into the assembly process create a deep dialogue.
Sven Pape

Udo Flohr:As a director you are happy about any interest in your “baby”. It’s also attractive to get some feedback from potential audiences on “Effigie – The Poison and the City” from comments from Sven’s patrons at this early stage. Incidentally, such intimate glimpses into the creative process are rare – I’ve learned a lot on YouTube, and I’m glad when it’s useful to others. 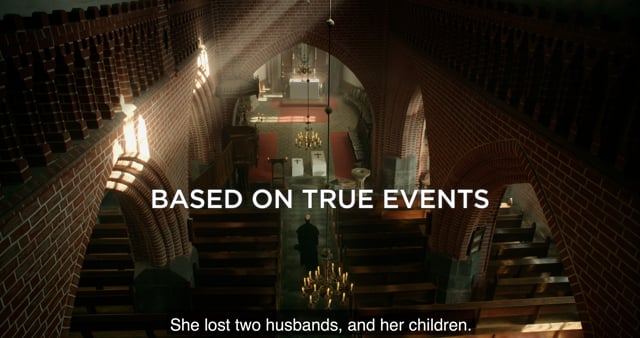 Filmpulse:Patreon is still little known in this country. How does that work and are you having success with it?

Sven Pape:Patreon is a platform that brings artists and audiences together, including financially. Even in Mozart’s time, artists had patrons who enabled them to concentrate on their work. Today, thanks to the Internet and crowdfunding, similar opportunities arise. Amanda Palmer, for example, is a visual artist who paints, writes poetry, makes films and music, and is 100 percent funded by her fans. Every month, Patreon transfers her more than $70,000 from her 14,000 mini-patrons. For me, it’s even more prosaic: so far, I have 260 patrons who enjoy a whole host of thank-yous: From software plugins to worksheets, sneak peeks, bonus videos, raw footage to create your own versions of a scene, and direct access to me and other pros for questions and discussion.

Filmpulse:In the editing room, the director literally “drops his pants”: Here it becomes painfully clear whether the staging works and the acting performance carries. How do you deal with it?

Udo Flohr:Of course the editor is a kind of confessor from whom I can’t hide my sins – after all, that’s a prerequisite for his work. I’m quite relaxed about it, though: Creative work needs risks! For example, I also expect my actors and actresses to expose themselves. And of course, I had top-notch cast and crew behind me on this project – so hopefully it goes off without a hitch. We also almost always shot with two cameras and often with three. This not only helps the actors with their performance, but also reduces connection errors.

Sven Pape:There is a special relationship of trust between director and editor. An important part of my job is to protect the director, the actors and the script. But you also have to realistically assess possible weaknesses in the script or the staging in order to be able to address them at all. The audience often doesn’t realize it, but a lot can be manipulated in editing. And in the early stages, I’m often the driving force and initially tell the story the way I like it. Sometimes I anticipate some tough decisions in the process. The second phase is then about making sure that the director emerges as the ultimate voice of the film and that I deliver to him exactly the final product that he can reconcile with his ambition.

Of course the editor is my confessor: creative work needs risks.
Udo Flohr

Filmpulse:Do you think you can make a film “on connection”? Should maximum freedom set the pace in the editing room or should the script simply be copied?

Udo Flohr:It is indeed important to first recreate the script – mainly to realize that it doesn’t work that way. As a director, I have a film in my head that I want to see realized first – to clear my head and take a step back. In the case of “Effigie – The Poison and the City”, this rough cut was done by our assistant editor Andreas Farr, who already started working on it on set.

Sven Pape:That was very good, because Udo and I were able to think about how to change a few things right away. Now we are in the phase where we are experimenting and rediscovering the story in the editing.

Udo Flohr:In general, I am convinced that Sven can only do his job well if I initially give him rather general “guard rails”. At first we just discussed what was important to me psychologically and structurally.

Filmpulse:Actor John Malkovich says that art needs craft more than craft needs art. How does this behave in editing?

Sven Pape:Often art only comes about when you sit down and simply do something. In the meantime I know that the best ideas come to me when I am cutting together settings quasi haphazardly. This works very intuitively, but was sometimes bumpy and involved a lot of pondering at first. The craft wasn’t really developed yet, the experience was lacking and most importantly the confidence that pretty much anything is possible on average. So, I agree, the art needs the craft, but it’s the art that counts.

Udo Flohr:You have to master the craft before art is possible – but craft is not the only ingredient.

Filmpulse:Udo and Sven, thank you for your time and for this interesting interview. We will report again soon on the progress of “Effigie – The Poison and the City” (link to the review of the finished film: see below).

Supplementary to the interview with director Udo Flohr and editor Sven Pape: Photos of the shooting | © Photos: GeekFrog Media

“Effigie – The Poison and the City” was filmed in Mecklenburg-Vorpommern and Bremen in autumn 2018 and is scheduled for release in 2019. Camera: Thomas Kist, N.S.C. Screenplay: Peer Meter (based on his own play), Udo Flohr, Antonia Roeller. Production design Christina v. Ahlefeldt-Laurvig and Knut Splett-Henning. Assistant director Max Gleschinski won at the end of October at the Hof Film Festival with his own debut film
Kahlschlag
at the Hofer Film Festival at the end of October.

Shooting for “Effigie – The Poison and the City” | © Photos: GeekFrog Media

About Pavel Sokolov 48 Articles
Pavel studies film editing. He likes François Truffaut, Terrence Malick, Dr Pepper, his Thermaltake View 71 TG, music by Seeed and all things related to the color red but not causing pain to any living creature.

This article shows you how to use Chroma Keying professionally, but also offers tips and tricks for best possible quality and results when shooting videos with blue screen or green screen. [more…]

Video Formats From A-Z: Everything You Need to Know About Them

In the second part of the series, FILMPULS’ introduction to video technology explains the advantages and disadvantages of the most popular video formats. In addition, questions of conversion (the transformation from one video format to another) and other important topics from the everyday life of the video and filmmaker will be discussed. [more…]

Mp4 Tag Editor Meta X: How to Get Perfect Metadata for Videos

A tidy house, a tidy mind. But of course you don’t want to spend half your life arranging and labeling things neatly. This also applies to video files and MP4 tags. Here I’ll show you a simple solution for creating perfect metadata. [more…]

Film can produce effects that are not possible in photography. These effects include the aperture, fast motion and slow motion. All three effects have an impact on our perception of the timeline in a movie. [more...]