Looking for the proverbial needle in a haystack is part of detective Mare’s everyday work. But what happens when a searcher fails to notice that straws in a pile of hay are not straws at all, but needles? Kate Winslet shows it in the new HBO series “Mare of Easttown.”

By the time you realize you’re stuck, it’s too late. Like someone who wants to take advantage of a free parking space and only realizes while parking that it suddenly goes neither forward nor backward and you have your vehicle really stuck between two other cars, detective Mare (Kate Winslet) finds herself wedged in the small American town of Easttown. Parking is only possible with fender benders.

That alone would be neither unheard of nor reason enough for viewers to gush with excitement. The start of the new HBO series “Mare of Easttown” was rather restrained with the first episode and a look at the viewer numbers.

But then happened what you only know from earlier and from movies: The fans of “Mare of Easttown” grew from episode to episode. More and more people were drawn to Kate Winslet as a detective desperately trying to regain control of her professional and personal life. The seven-part mini-series, which launched in April, has become an insider’s tip and these days, eight weeks after its launch on HBO, has already developed a global cult following in a way that few crime series before it have managed.

Kate Winslet must be used to such coincidences. Her breakthrough in the movie business with the blockbuster “Titanic” at Leonardo DiCaprio’s side was only due to a lucky chain of circumstances. Gwyneth Paltrow and Claire Danes turned down the role of Rose in the 1997 shipwreck spectacle. Winslet filled the void created with skill, charisma and chutzpah, coining what the director of “Titanic” called “precision kissing” in interviews. What followed is film history.

Twenty-four years and six Oscar nominations and one Academy Award later, forty-five-year-old Kate Winslet is visibly older in “Mare of Easttown,” but more than ever an acting force of nature. The main character “Mare” played by her is miles away from a world where kisses are still worth something. One has hardly ever seen Winslet embody a role in a more painless, edgier and at the same time more vulnerable way. Director Craig Zobel, who has directed all seven episodes of the series, provides the perfect stage for the actress to do so – as does Brad Ingelsby’s finely chiseled script. 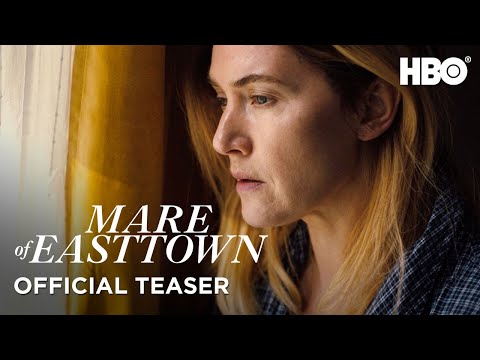 Still, don’t be fooled by the adulation in the press regarding Kate Winslet’s worn out appearance. It has less to do with courage than you might think. Yes, Winslet is no longer twenty and the physical appearance of the role she plays is admittedly reminiscent of an Icelandic pony, and not just in terms of tenacity and resilience.

Still, there are no coincidences in film and series. Just as there is no shooting without makeup. Kate Winslet is as beguiling a beauty in real life at premieres and events. Her broken look is part of the role – and is also deliberately broken a few times within the series.

It is the privilege and fate of great performers to merge with their role to the point where the general public is no longer able to distinguish between art figure and reality. Winslet isn’t the first and won’t be the last actress to prove her changeability. Remember Charlize Theron, who radically broke with her image as a dream woman in the feature film “Monster” (2003) and lent her face and body to physical decay for the role of a murderess.

“Mare of Easttown is unique. But not unique. The series follows in the footsteps of television series like “True Detective” (2014-present) and “Top of the Lake” (2014 – 2017). This with bravura and at eye level. If you like the mystery and crime genres, you can’t afford to miss the seven episodes of “Mare”, each lasting about sixty minutes.

Series fans can often tell what a series is worth by the way the opening credits are designed. Just the question of whether the respective title sequences were created repetitively and generically or individually per episode allows for a lot of interesting conclusions to be drawn about the creators. “Mare of Easttown” convinces in this respect with elegance and simplicity. The name says it all.

The same goes for the main character. Screenwriters have always had a tendency to reflect the characteristics of the characters they create in the names of the characters in a coded way. Nomen est omen. Mare Sheehan (Kate Winslet) carries the meanings “bittersweet” and “lord/mistress of the sea” in her gender-neutral first name, “Mare.” The surname Sheehan, conversely, is not only of Irish Gaelic origin, but has made a career primarily as the name of a birth complication, Sheehan Syndrome.

Mare (Kate Winslet) has no shortage of complications and challenges in “Mare of Easttown” in any of the seven episodes of the HBO miniseries. Told in parallel plots, where as a viewer you always think you know more about the unfolding events than detective Mare, the HBO series develops a pull that’s hard to escape.

Dramaturgically, the plot structure of “Mare of Easttown” with Kate Winslet seems to follow a classic, tried and true Hollywood dramaturgy at first:

Thus, as the plot unfolds, it becomes apparent that it is only when the main character, Mare, has resolved her own conflicts that she is able to channel her energy in the right direction, overcome the hurdles in solving the case, and thus clear the way for a happy ending. But then it’s not that easy, because this trail is also laid by the makers.

Mare at least, this much is revealed here, finds at the end of the series the space, hard won with blood, tears and will, to finally move freely in all directions. This with the quiet realization that people can’t do it with each other, but neither can they do it without each other.

The HBO series “Mare of Easttown” with Kate Winslet can be seen on Sky Deutschland.

Never before has a series conquered the world as quickly as Squid Game by Dong-hyuk Hwang. The saga about the voluntary but deadly struggle for survival in a kind of prison camp has gone global in just three days,. [mehr…]

How to Shoot a Video With a Film Look: These 5 Points You Have to Keep In Mind

Worldwide, video is now the predominant format for recording moving images. In this article, we’ll explain how you can still make your video footage look like great cinema shot with film. [mehr…] This article was [mehr...]