Markus Welter (48) works successfully not only as a director but also as an editor. He shares this combination of talents with a whole range of famous role models. The award-winning directors James Cameron and David Lynch, for example, are editors as well as Jean-Luc Godard and Lars von Trier.

A proverb says that one should orientate oneself by the stars, but not reach for the stars. Markus Welter, who does not work in big Hollywood but in little Switzerland, explains in an interview with Marianne van der Kooi what film and television mean to him and his family.

The fact that he is passionate about good films and TV series and that he hasn’t just been working in the film business with a lot of passion for a short time becomes clear in the interview with Filmpuls after the first questions. For him, film and storytelling is above all one thing: profession and vocation.

Filmpuls:Markus, how would you explain what you do for a living to a little green man from Mars?

Markus Welter:I am responsible for ensuring that highly qualified people work in the same direction for a fun film.

Filmpuls:How does one become a director?

Filmpuls:What is your preferred genre?

Markus Welter:Difficult. As an editor or director, I have worked in almost every genre. From a horror film with Melanie Winiger in 3-D to cinema comedies with Marco Rima to the romantic feature film with Bettina Stucky. For television “The Undertaker” with Mike Müller or the crime scene. The passion for stories must be the driving force for me, not the genre. I always find it painful and difficult when someone says this is the horror world or the crime world. What I would like to do more is comedy. I am a storyteller. Whether as a director or as an editor. Not everybody can tell stories. Did you know that, interestingly enough, that also applies to jokes? Not everyone can tell jokes!

Filmpuls:Your wife Cécile is an editor. You often work together on a film or a series. As an editor, doesn’t mixing work and family cut into your own flesh?

Markus Welter:No, you don’t. On the contrary. Only when we are both involved in the same project do I have the opportunity to see my wife regularly over a longer period of time. I enjoy that very much. Look, it’s an incredible happiness when in a relationship both partners have made their passion their profession.

The more you motivate the crew and make them feel that you value them, the more the crew gives you back. This is true at work, but also in private life with your family.
Markus Welter

Sometimes there are discussions, of course. Of course our opinions differ from time to time. Or you are angry as a director because something takes longer on average or as an editor because a scene is difficult to assemble. But these are never relationship-threatening problems, but things that belong to every collaboration on a film project and that make the film better in the end. I always try to involve and motivate my crew and my family.

Filmpuls:You have two kids. What’s it like being a kid when your parents are both at the movies?

For my children, it is terribly terrible that my children work in film. Because they have artists as parents in every situation and always. You always think: film directors and editors, they have to be rich. You shoot well-known formats like “Tatort” or “Der Bestatter” and the children think you have a lot of money and have to be insanely rich. But unfortunately that is not the case at all. You can’t get a hundred of these projects in Switzerland. (silent for a moment) There are times when we both can’t get a job for a year or two because there is no job. And you live in Switzerland in the most expensive city in the world and live in the most expensive country in Europe. Nevertheless you have to meet the demands of modern children in Zurich. This ranges from Uggs shoes to Woolrich jackets. Your children then tell you (imitating annoying children’s voices): “the parents of my girlfriend are both doctors, but they can afford it – why can’t we?” On the other hand, I think that the children get a certain freedom and openness because of my profession. They are open-minded. Often the children only realize afterwards who they have just met in our house. Or what this means, who was there for dinner with us. These are valuable contacts. Their friends then ask my children if they could ask me to get an autograph from an artist. The children then say: “Why do you want an autograph card? “He was at our house yesterday. He’s just a normal person.”

If you want to keep this unbelievable circus on the film set under control, you need an insane calm.
Markus Welter

Filmpuls:Adrian Teijido, Director of Photography, who is currently shooting “Narcos” for Netflix, said in his interview with Filmpuls that the best tip he could give a young talent is to break away from the belief in technology. How important is technology for you?

Markus Welter:I was incredibly lucky to be able to start my career as a filmmaker, both as an editor and director, at a time when many new technical developments were just starting out. In the time when editing was digitalized, I still started editing analog on U-Matic. If you made a single change in the front part of the film, you had to re-cut everything that came afterwards. Then came the Avid. I was there as a software developer at AVID and was allowed to help turn this thing into the machine it is today. I experienced a similar development with filming with the camera. I still shot films on 16MM and 35MM. With Lab, Télecine and color correction and then the copy with 2 points more black color and 2 points more blue. Today any iPhone can do that. 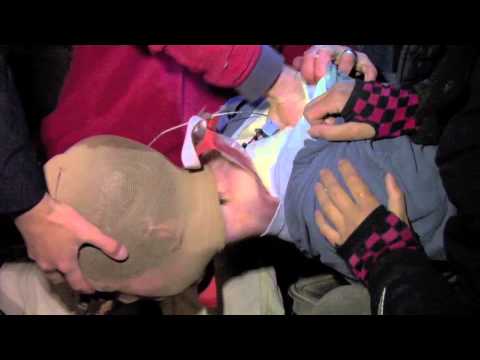 Creatively, I think, technology plays no role. You can tell a joke. Or you can’t tell a joke. You can captivate people with a story. Whether you shoot this on an iPhone or a 4K camera. As a tamer in the flea circus of loving professional idiots, it’s always good to at least be able to influence everything. The higher you can set your knowledge, the more you challenge your head of departments and your crew. They can’t tell you bullshit and you don’t have to worry about bullshit in return. The more qualified you are in the position to choose your employees, the higher the level of knowledge. That creates a chain effect. I believe very strongly in this system. So I would say two things to a young filmmaker: Don’t let technology enslave you, but know how to use it! That’s one thing. The second is: Find partners you can trust. As a beginner you can’t decide everything and bring it to perfection.

Filmpuls:At our last meeting, which was about cats due to the project, it turned out that you take your dog for a walk early in the morning. What can directors learn from dogs?

Markus Welter:I am the proud owner of a very intelligent poodle! This is very helpful because I don’t have to teach the dog anything. The dog understands what I want by itself. That makes it easy. From my dog I have actually learned to keep calm. Things often go terribly wrong in films.

I’ve had helicopters crash before. People got hurt stupidly, actors went crazy. If you want to keep this incredible circus on the movie set under control, you need an insane amount of rest. My dog can easily wait and give you time without making you feel guilty. But when it starts, he’ll be ready and wide awake. This ability is also very important as a director on the film set.

Filmpuls:What can producers learn from dogs?

Markus Welter:Difficult. It often seems to be true for producers what Winston Churchill is said to have said about dogs: If you want a friend, buy a dog. Not every producer seems to want directors as their friends. And unfortunately, not all of my previous producers have become my friends. But those producers that I appreciate and those that I like, that I am very happy with their collaboration, the relationship between man and dog can be used as a comparison. Because there a great trust in each other’s abilities determines the long lasting relationship.

Filmpuls:What will we see of you next?

Markus Welter:A project that should not be talked about! Is that answer enough for you?

Filmpuls:Dear Markus, thank you very much for this interview!

Adrian Teijido is one of the most distinguished Brazilian cinematographers. In his interview with Filmpulse during the preparations for the 3rd season of Narcos by Netflix, he tells us what it means to work for a series at feature film level. [mehr…]

Put the decimal point in a nutshell: Director Florian Meimberg explains in an interview how to combine head cinema and Hollywood in 30 seconds in his Micro Movies / Tiny Tales. [mehr…]

Siddhartha is the nine-year-old son of 65-year-old guru Fabrizio. He lives with his son in a community outside a village in Italy, with the father deliberately foregoing the comforts of today’s world. [mehr…]

There are films that manage the miracle of sucking the viewer in unexpectedly. The feature film “Bruno Manser – the voice of the rainforest” by director Niklaus Hilber with Sven Schelker in the leading role is one of these works. [mehr…]