Qi was already in ancient China an image of the flowing life force. “Mulan 2020,” the eponymous protagonist in Disney’s new live-action adaptation, has an abundance of it, but must first find herself before she can channel her powers and use them for profit. When it comes to it, you may begrudge the dapper heroine, but you’re still amazed at what this prophetic gal from Disney uses her talents for: To beat down her enemies on the battlefield.

Mulan 2020 is the story of a young woman who is guided by three military virtues, in this order:

These three words, deeply engraved on the family sword, she slaps around the ears of her enemies – and the audience – in this live action and martial arts spectacle. A visually appealing film spectacle unfolds in a mixture of action movie, adventure and war film.

The story, which is breathtakingly beautifully told over long stretches, lasts just under two hours. And with every minute of running time, the feeling grows:

Disney is serious about this. Deadly serious.

Mulan (convincingly played by Liu Yifei) grows up in a family without male descendants. She is the eldest daughter. Representing her idealized father, the young woman goes to war and renames herself Hua Jun.

The plot of the live-action Mulan adaptation is loosely based on an ancient folk ballad from China that originated around 500 years before Christ, but was not written down for posterity until several centuries later. But that’s where the parallels to Walt Disney’s animated version soon end.

It’s not just the animals as supporting characters (like the little dragon Mushu) that were left out. Even a man to fall in love with has no place in the remake. Only the Emperor of China was retained.

One would have loved to watch Disney’s Mulan 2020 with Sigmund Freud.

A beautiful sword for terrible things

The live-action adaptation of Mulan was marked by female movers and shakers. Director Niki Caro teamed up with Australian cinematographer Mandy Walker for this one, while Elizabeth Martin co-wrote the script with Laura Hynek and Amanda Silver.

In Mulan, they’ve created a woman who, for what feels like half the movie, beats up the men around her, friend or foe, with phallic symbols like sticks and swords.

To ensure that global audiences don’t misconstrue Mulan as a shotgun woman, the “little soldier” dressed as a man is allowed to keep peering over touristy landscapes with a worried, loyal dachshund look. And even swim in the moonlight at night without a uniform in an idyllic lake.

Strangely, Mulan refrains from cutting her magnificent long hair shorter before or after joining the imperial army. This despite the fact that as a woman in the army she faces the death penalty.

But admittedly, her mane of hair later ensures another of the many great visual moments when Mulan, mid-gallop on horseback, lets her soldier’s gear float to the ground in slow motion and goes into battle with her hair blowing, turning the tide of war in favor of emperor, country, family, and honor.

When Mulan first holds her father’s sword, in her family for generations, in her delicate hands, all that comes to her mind to say is, “What a beautiful sword.” It’s at the father who adds: “Yes, it’s beautiful too. But it’s made for terrible things!”

Perhaps this naivety on the part of the main character is part of the reason why, unlike Wonder Woman (2017), the internet has yet to discuss this film as a feminist manifesto. Even though both are coming-of-age films in which teenage, female heroes are moved by fundamental questions.

No blood. But also no humor

There is no blood in Mulan 2020. But the evil enemies die like flies in winter.

While a righteous effort is made to mitigate the horrors of death. Thus a warrior is slain by a chariot, but afterwards crawls out from under it again. Elegantly solved is the biggest mass death in the film: An avalanche takes over the job of the grim reaper here and prepares a white blanket of innocence over the gravesite of the enemies. Mulan states laconically: “With the right lever, a thousand kilograms of weight can be moved effortlessly”.

Younger kids who get to stream the movie at home with their parents will be deeply relieved at the erasure of enemy soldiers. Because their leader, who goes by the creepy name of Böri Khan, commands an army that looks like it was cast from the Hells Angels. Not exactly the kind of people you’d want your own children or grandchildren to meet in their (night)dreams.

I wonder if little girls dream of one day standing their ground like Mulan because of this feature film. And becoming like Sergeant Qiang, played by Ron Yuan? If, it is to be hoped that as young women they will fight with sharp words for their values and more equal rights. Not with swords.

Mulan 2020 sabers on the leg of Mickey Mouse

Disney, the “Mouse-House”, as the corporation is affectionately dubbed in the US trade press, enters quite a few minefields with Mulan.

Not that this is the first time Hollywood has cooperated with China or made a feature film in the Middle Kingdom. The original animated version of “Mulan” from 1999 as an animated film already testified to the efforts to tap into the local market.

At the time, the Disney animated film’s box office performance was a flop in China: too American to appeal to domestic audiences. In the meantime, a lot has been learned and a lot has happened in Los Angeles:

The opening credits of at Mulan / Disney from September 2020, note the Chinese landscape behind the castle! | © Disney / YouTube 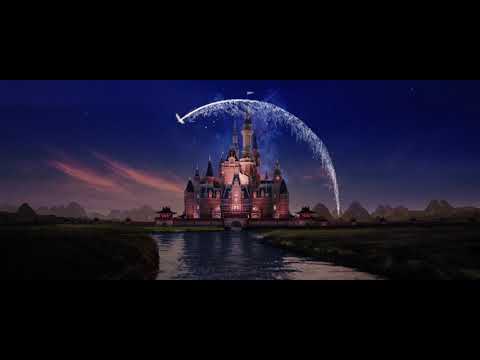 The Shanghai Disney Resort has been on site since 2016. And when 2018 rival 21st for 71.3 billion. Century Fox was taken over by Disney – Disney’s shareholders in China first had to give their OK.

Family movies for all ages?

The Disney brand, until now an unwritten law, is synonymous with family films.

Until now, when something blew up with a huge bang in a Disney movie – like in the Star Wars franchise, which also belongs to the company – it either happened in faraway galaxies, or in comedies. No people were harmed in the process. The opponents were witches or wizards, usually embittered by life and always giving the silent impression that they were the way they were because they could not love.

Before 2020, all you had to do was kiss the frog, or Snow White and her sisters, and all was right with the world again, and not just in the animated classics. 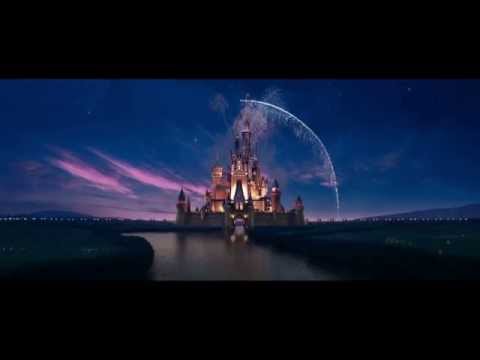 It’s not like that with Mulan. The film disguises itself as a fairy tale, but it clearly conveys messages that you wouldn’t want to hear everywhere. The most important of which is that the strongest wins.

Who are you? Hua Jun, a warrior!

Mulan was met with protests both in the Western world and in China. People took exception to the fact that the story was filmed in the Xinjiang region, among other places, because according to human rights organizations, the Chinese government apparently operates camps there where Muslim Uighurs are held.

At the same time, the lead actress and Chinese-born Liu Yifei confessed her sympathy for the police on the Chinese social media platform Weibo and opposed the democracy movement in Hong Kong, leading to further fierce calls for boycotts against the film.

Perhaps it would be a better idea for Disney, as a specialist in family-friendly entertainment, to focus more on animated films again.

In one of the most beautiful scenes of the film from a dramaturgical point of view, Mulan meets her older alter ego, her adversary Xian Lang (Gong Li). This one asks Mulan several times, “Who are you?”

Mulan always answers the same and as if she were a robot, “I am Hua Jun, a warrior of the Imperial Army!”. To which Xian Lang retorts to her after the third identical reply, “Then you will die! Because you’re pretending to be something you’re not!”

The birthplace of Mickey Mouse will have to decide what kind of films they want to champion in the future of cinema as a global entertainment company. As the story of Mulan teaches us, qi must be channeled. Showering without getting wet is not possible, even in the otherwise above-average innovative film business spoiled by special effects.

About Zachery Z. 60 Articles
Zachery Zelluloid has worked in the entertainment industry. He writes under a pseudonym because he does not wish to violate his contractual obligations of confidentiality, promote the economic advancement of the legal profession, or snub friends. His real name is known to the editors.

“Red Notice” is an action comedy from Netflix. With Dwayne Johnson, Gal Gadot and Ryan Reynolds, it brings three superstars of Hollywood cinema to the cinemas as well as to the living room in just one week. [more…]

Here you’ll find a list of the 24 best movies, all revolving around the theme of plague, contagious diseases, viral infections and the consequences thereof. From A for “Aftermath” to G for “The Girl with all the Gifts” to “Word War Z.” [more…]

How does a film succeed in triggering an inner echo in its audience? In his new book “Motion Picture Design”, Hans-Jörg Kapp presents a fundamental work on this question that opens up new horizons for [more...]