Netflix requires producers to transfer all rights when collaborating. Regardless of the fact that in a so-called full buyout according to the American system, European copyright law is disregarded. This is how representatives of German production companies expressed themselves in a panel discussion at the Hamburg Film Festival. Netflix was also present. And contradicted.

At a panel discussion that took place as part of the Hamburg Film Festival, producers from the production companies Accomplices Film and Constantin Film expressed their criticism of Netflix: It is customary to do so as part of a so-called service agreement all rights would have to be transmitted to the American streaming giant. This shows that the American concept of copyright is not compatible with European copyright law.

The German Netflix manager present on the podium, Wolf Osthaus , Director Public Policy for the DACH region, disagreed. Firstly, it is still the case that the involvement of Netflix is still low compared to the classic TV stations in Germany. Second, it must be noted, so Osthaus, that every single collaboration is regulated individually and differently.

Decisive, explained Osthaus, are a whole series of different factors for Netflix in the concrete regulation of the cooperation and the determination of the rights to be transferred. It would depend on the phase of production in which Netflix made a commitment, who the production partner was and what potential and what marketing opportunities a project was given.

If the production company keeps some rights and Netflix has to pay less for them, that’s great!
Wolf Osthaus

Cooperation with streaming partners is becoming increasingly important for producers in Germany. In the previous year, Netflix cooperated with German production houses on a total of 7 productions; this year there are already 20 series and films that are being produced in Germany with Netflix. Experts assume that the company will continue to increase its share of foreign productions in the future.

This should logically be accompanied by an improvement in transparency. So today, even the producers of a series often don’t know how high the viewer numbers were on Netflix for their own productions. 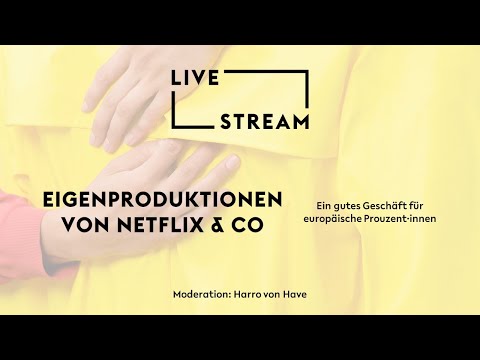 U-Turn at Disney: From Now on All New Films Only in the Cinema

Pretty much exactly a year ago, in August 2020, Disney shocked movie theater owners in the midst of the Corona Crisis with the news that “Mulan” would not be premiering in theaters. Now the studio is betting on theatrical premieres again. [mehr…]

Harvey Hollywood and the Silence of the Lambs | Commentary

Girl-eaters like Harvey Hollywood have a long tradition in the entertainment business. This raises fears that grass will soon grow over the scandal. Grass that will serve as food for young lambs that will once again end up as wolf food. [mehr…]

Hunger Cloth and Hallelujah: Income in Feature Films and Documentaries

Film-makers such as directors and authors often work for rock-bottom wages in rich Switzerland. This is the conclusion reached by German film consultant and expert Jörg Langer in a recently published study. [mehr…]

You can also tell a professional video production by how they work on the film set. The shooting of film scenes usually follows five proven steps. These ensure optimum quality during implementation. [mehr…] This article [mehr...]