Hutch Mansell grits his teeth and his eyes flash. Then he growls, “I just hope those assholes like the hospital food!”. What follows is at least as good as you know it from John Wick, but with more humor and self-mockery. “Nobody” (2021) by Ilja Naischuller is a genre movie that skillfully continues the tradition of revenge films. In the middle of it all – and highly unexpected as casting, but convincing every single second: Bob Odenkirk (Breaking Bad).

Ilja Naischuller is a name to remember. The Russian-born director, musician and screenwriter, who also lived in London in his youth, presents a highly skillful, fun genre movie with his second feature “Nobody” (2021).

The plot of this thriller is as entertaining as the cast of “Nobody” (2021) is original. Bob Odenkirk, in his previous roles more famous for his dachshund look and his affectionately funny clumsiness, surprises in this avenger film as a tough guy his numerous opponents in the film as well as the audience.

In the seventies they were called Dirty Harry, Paul Kersey or Frank Bullitt. They were impersonated by Clint Eastwood, Charles Bronson and Steve McQueen. They all embodied men who took the law into their own hands and mercilessly expiated injustice without much ado.

Their characters were big-city cowboys who could see no sense or need in distinguishing between law and justice, and as avengers, judges and executioners all rolled into one, they shaped the revenge film genre for generations. 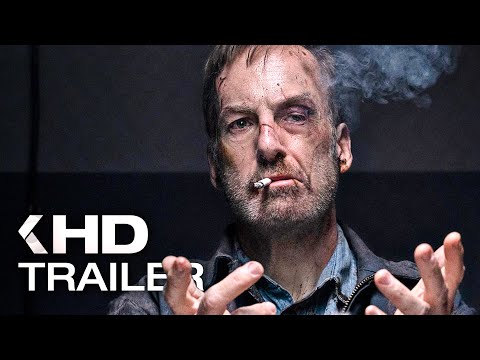 With the advent of superheroes, things quickly quieted down around the lone hero and the Avengers genre. The superhuman hero characters like Batman, Wonder Woman, and Thor have been on similar missions on the big screen. Now, however, in fantastic or futuristic worlds that were much further removed from the reality of the viewers’ lives than the old Avengers films and therefore generated much less fear. It was no longer his own neighbor, to whom bad things happened as a normal guy and nobody, and who therefore unexpectedly went crazy and became a killer.

A few years and many germ-free superhero movies later, what hardly anyone expected happened: with “John Wick” (2014, with Keanu Reeves) and “The Revenant” (2015, with Leonardo DiCaprio), the Revenge movie made a powerful comeback in mainstream cinema. “Nobody” (2021) continues this trend powerfully.

What has remained over all these years is revenge as the hero’s central motif. This, or a member of his family – as we know since John Wick, today even small dogs count as a full family member – is unlawfully harmed. From this moment on, the maxim is: A man sees red!

Bob Odenkirk, best known from the hit series “Breaking Bad” (2009-2013), “Better Call Saul” (2015-present) and “Little Woman” (2019) is now not necessarily predestined to be a merciless avenger just by his physical appearance. The upper arms of Sylvester Stallone or Arnold Schwarzenegger in earlier films were probably about the same size as Bob Odenkirk’s head today. But the character he plays, Hutch “Nobody” Mansell, may lack muscle mass, but he makes up for it with smarts and brains.

Odenkirk as the Avenger is no less ruthless than his predecessors. When it comes to his family, Hutch “Nobody” Mansell also follows the Unguided Missiles tradition. Anything that brings him closer to his goal and his adversaries closer to demise must be done. But it is precisely here, in this single-mindedness, that Ilja Naischuller’s talent shows itself. The way the director stages Bob Odenkirk’s vendetta is believable every second, yet still lulls the viewer into the comforting knowledge that this is all just a lot of backhanded fun. And a damn good movie. With ingenious plot twists. The icing on the cake is a reunion with the stunningly funny Christopher Lloyd (Doc Brown from the “Back to the Future” trilogy).

In short: “Nobody” is a movie that won’t only make genre fans of revenge movies happy, because it captivates its viewers from the first to the last second. Everything else is a lie.

“Nobody” (2021) will be released in cinemas in German-speaking countries on different dates. While the film is not due to be released in Germany until August, it has already been released in Switzerland these days and can be seen on the big screen.

About Zachery Z. 44 Articles
Zachery Zelluloid has worked in the entertainment industry. He writes under a pseudonym because he does not wish to violate his contractual obligations of confidentiality, promote the economic advancement of the legal profession, or snub friends. His real name is known to the editors.

Marley, Lassie, Beethoven and Bolt: The 24 best films with and about dogs

Here you will find the 24 best films with and about dogs. Whether Marley, Lassie or Beethoven & Co: The four-legged fur noses have so much to offer in our film list for dog movies! Insider tip like “Frankenweenie” and the “Pick of the Litter” included. [more…]

“Soul”, the new animated film from director Pete Docter, writes another chapter in the success story of Pixar and Disney: The film is a declaration of love for life and is one of the best three cinema films of the last two years. [more…]

Lower thirds can occur in different forms. It is a misunderstanding that they can be used alone as carriers of a person’s name and functions. Here you can find out why.  [more…] This article was [more...]