Anyone planning an advertising film usually has the agency or film production company of their choice present a whole range of different ideas. But how do you recognize the “right” idea for a commercial? Here you will find the answer

The best idea for a commercial should win. So far, so good. But which is the best commercial idea? Here we show you how to make the right choice as a client. If you are a producer in a commercial film production, you can use the following five criteria to develop your creative ideas. You can also support your client competently during the selection process.

Preliminary remark: This is not about how you develop a film concept or improve your film idea. The following points are intended to help you make a decision in cases where a number of ideas have already been developed.

Advertising has to get to the point! Is it possible to say the same for the idea in question with regard to the transport of the communication goals? Do the contents to be communicated have the right weighting in the advertising film idea? Does the “should” match the “is” of the idea?

2What does the target group understand?

Just because you think an idea is good or understand it, it doesn’t necessarily mean that the target group will also like it. Is it ensured that all the thoughts and the deeper meaning reach the target group?

Are the user promises clear? Or are there jumps in thought and is the idea not clear enough for the target group? Or is it too little surprising?

3Exactly the same, only different?

Only what is different attracts attention. If an idea for a commercial is not unique, don’t say that for her. What deviates from the norm is not negative, but positive when evaluating an idea.

It should be noted that details do not necessarily determine the character of an idea. There will always be a tv commercial somewhere where a squirrel has already been seen. This alone is no reason to concede that the idea is not original. 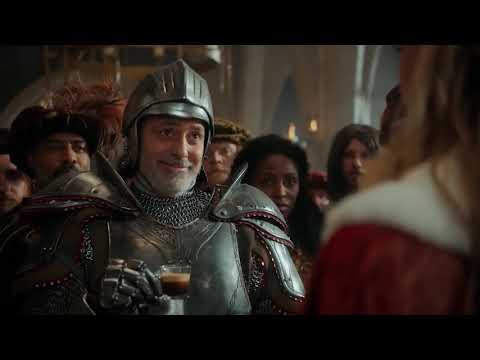 4Is the customer problem solved?

Here again, the target group is the focus. Does the idea solve the problem of the target group? Does the audience accept the way the problem is solved as acceptable? Or does it reject it? Anyone who wants to sell detergents and, free of irony, seriously claims in a film idea that financial problems can be solved with clean laundry has not understood his target group.

The basic rule is: A commercial (or the idea for it) may only take itself as seriously as the addressee of the measure does. If this is not the case, the spot will have neither acceptance nor relevance with its target audience.

5What is triggered by the commercial?

Strange as it sounds. Again and again ideas find their way into the implementation that do not need or do not use the medium video and its advantages. That’s why video productions and decision makers must always ask themselves whether an idea becomes stronger – or possibly weaker – with the means of the moving image. 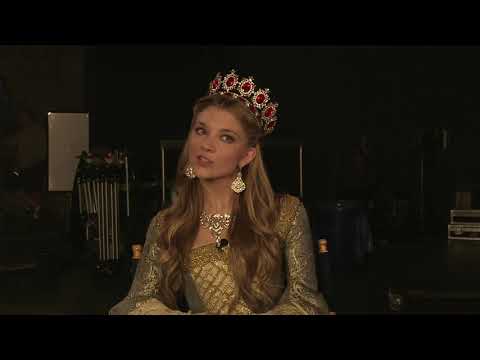 Not recommended when selecting an idea for a commercial:

Apart from the reasons why and how you, as a client or film production company, should decide on a commercial film idea, there are also criteria that should not be decisive.

In times of equality, the housewives’ test is of course only a placeholder, even for Filmpulse. Gladly practiced, especially by decision-makers in higher batches, is the principle of mugging: The boss takes one or more ideas for a commercial film and slams them without warning to an employee, perhaps in the accounts receivable department, on the desk. “Honestly, Mr. Schluckmann, do you understand?!”

There are different possibilities for what will happen in such a case. It is possible that the person in question will, out of principle, approve of everything that is suggested to him by a superior. Or, more likely, Mr. Schluckmann has no knowledge whatsoever of how an advertising film is produced. In this case, he might look at the storyboard and answer: “My daughter is totally into animated films, she will certainly like that! But it will be drawn in color, right?”

★Squirrels do not explode!

Feedback from people who misunderstand the medium of film is also not very helpful. Anyone who cannot handle metaphors, exaggerations and exaggerations should not be allowed to judge an idea for a promotional film. Many brilliant ideas otherwise fail because of questions like “No man would put on a superhero costume at this age! Or even: “It is completely mysterious to me why a squirrel should be able to explode out of frustration!

A good idea must surprise in order to be effective. It must be able to choose the best possible form. This can be a girl, a joke or a deliberately exaggerated sobriety.

★Everyone understands films. Everybody!

The idea is as simple as it is compelling. And yet wrong! Just because you can watch a film without any technical knowledge does not make you a filmmaker. Of course every soccer fan is the better coach, all parents are the better teachers. But would anyone come up with the idea, just because they have a broken meniscus operated on by a specialist, to be able to perform this operation themselves from now on? Exactly!

Anyone who lacks prior knowledge of the (sometimes highly abstract) preliminary stages of advertising film production risks making the wrong decision.

Choosing the right idea for a commercial requires a certain level of expertise. To make the right decision, both the client, agency and the film production are equally responsible.

How to Write a Perfect Director’s Interpretation for Commercials

The director’s interpretation is the link between the idea and the realization of a commercial. With the Director’s Interpretation, an advertising film director, usually represented by a film production, applies to the agency for a specific collaboration. [mehr…]

Create a Commercial: How to Make Your Concept Highly Effective and Create Attention

Easy on the eyes. Difficult to design. This is especially true in the case of commercials. Because every second counts here. And as we all know, it’s easier to add things than to leave things out. That’s how you get the comma to the point. [mehr…]

„Booom!“, „Wham!“: When Pork Belly and Storytelling Collide With in TV Commercials

Tracking Shots in Film in Theory and Practice (Part 3): Motivation and Types

When a camera leaves its location, it is called a tracking shot. Depending on the dramaturgy, the camera’s line of vision can go in all directions during the journey. How are camera movements used correctly? [mehr...]