Some movies get old. Other films stay young. Se7en belongs in the latter category. It’s time to rediscover this well-aged classic!

I have to admit, Brad Pitt looks like a street cat in this feature film. And that’s the way he plays. And unlike Pitt, it’s hard to say of Morgan Freeman that he has become more attractive with age. Only Gwyneth Paltrow has remained beautiful since 1995. As always, freshly peeled from the egg, she looks more fragile than ever before.

But at the latest in the moment when Freeman, an investigator of whom one doesn’t know if he has lost his illusions or only hides them until the end of the film, sets a metronome in motion before falling asleep, one becomes aware:

This director knows exactly what he is doing to his characters – and his audience!

The man who directed the film is David Fincher. He has talent dripping out of his ears at Se7en. But first things first. Why is it so important to see this film about the seven deadly sins?

What are the seven deadly sins?

The seven deadly sins are of biblical origin. If a person commits one of these sins, he or she leaves the fellowship that he or she entered into with God at baptism.

For a sin to be considered a mortal sin, not only must there be a violation of one of the most important rules of the Ten Commandments, but the grave sin must be committed voluntarily and with full consciousness. Therefore, mortal sins also have to do with character traits.

The classic seven deadly sins are:

Hitchcock would have loved the grown-up Gwyneth Paltrow. When the old master of the suspense thriller died in 1980, Paltrow was only eight years old.

Hardly grown up, she became the epitome of a new generation of cool Hollywood blondes. Or, to use Alfred Hitchcock’s words in reference to Grace Kelly: Gwyneth Paltrow’s acting always seems so controlled that the – predominantly nonfemale – viewer cannot help but suspect a blazing hellfire somewhere deep inside the actress.

The character of Gwyneth Paltrow is the only one who faces the really big questions of meaning.
“Se7en”

Seven is the exception here. At the time of shooting, 22-year-old Paltrow was dating Brad Pitt and was primarily known as his girlfriend. But not as a distinguished character actress. 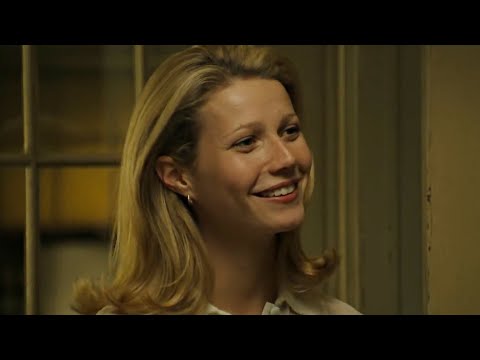 Perhaps this was exactly what helped, as was the protective closeness to superstar Brad Pitt, the young actress, to play without a mask. Never again did the later Oscar winner appear so small and torn apart by the contradictions of human existence in all its manifestations on the big screen.

The figure of Gwyneth Paltrow is the only one who faces the really big questions of meaning. This distinguishes her from the character of Detective Mills (Brad Pitt), who is her life partner in the film and knows exactly what his job is and what we have to do. 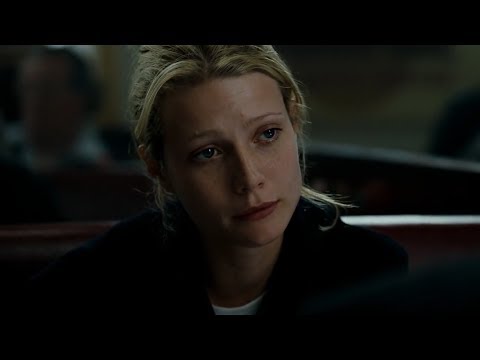 Between the characters played by Pitt and Paltrow is Morgan Freeman. At the end of his career as a detective, he is no longer sure that angels can sometimes be devils. And vice versa.

2 Kevin Spacey beyond Good and Evil

You can judge Kevin Spacey with the tabloid press. Even though the man has not yet been officially and legally convicted. But if you want to evaluate his acting qualities detached from the private person Spacey, take a look at Seven. Here, at the beginning of his career, everything that later made the man world-famous can be seen.

Yet the actor is not to be seen at all in most of the movie! Spacey later claimed that he was not mentioned in the opening credits to surprise the audience. That’s not very likely. Because at the time when the contracts for the movie were signed, the actor wasn’t well known.

The profession of an actor is to a certain extent always also a clinical picture!
Matthias Hartmann

All the more reason to rate his performance as high. Spacey manages to turn a supporting role into a leading role. The way he gives the devil, who sees himself as an angel, is unique and absolutely worth seeing. 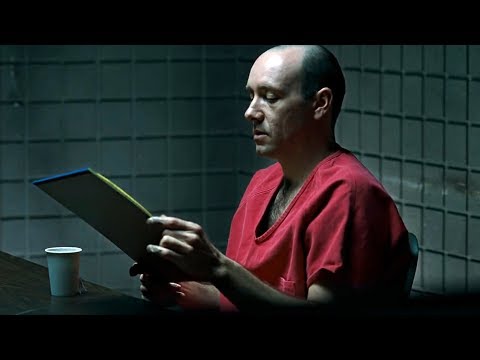 Whoever sees Kevin Spacey in Sieben always feels a little reminded of a statement by Matthias Hartmann. The former director of the famous Burgtheater once said in an interview that the profession of an actor must to a certain extent always be understood as a clinical picture! Otherwise artistic brilliance is not possible.

3 The shooting in the script

No top athlete wins the Olympics only with talent, training and willpower. What the skeleton and muscles are in sport, the script is in feature films.

A director can only ever realize himself as far as history allows him to. Director David Fincher did not exactly start the project “Seven” with advance praise. Previously he had delivered a third, not very original sequel to the science fiction classic with “Alien 3”, in which the story did not make any headlines. Only the totally shaved head of the leading actress Sigourney Weaver, who received a high five-figure bonus from the studio.

The film, which borrows its title from The Seven Deadly Sins, saved Fincher from a career low.

Much of the credit for this goes to screenwriter Andrew Kevin Walker. The way he structures and tells the story is great. Director Fincher was absolutely aware of the merits of Andrew Kevin Walker. As a thank you he named the three detectives in “Fight Club”, his next film, Andrew, Kevin and Walker.

The initial situation is known from other crime novels: A police detective is confronted with a case involving a serial killer. The longer the case, the more he loses control over the course of events. While he tries to get his life under control, he himself becomes part of an intelligent and cruelly staged game of his opponent.

4 The credits of Se7en

It’s nothing new that you want to keep the audience in their child seats during the credits with funny tricks. Credits, undercut with funny, because failed scenes, is almost the norm nowadays.

But Seven manages to turn the world upside down even in the last minutes of the movie. 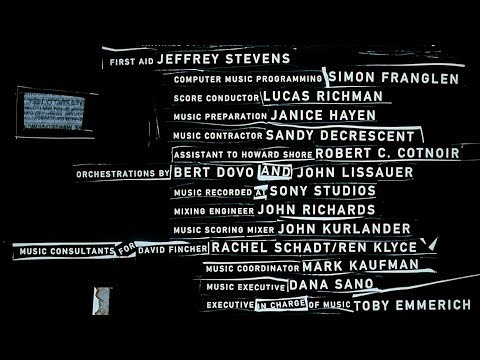 The credits run backwards and thus against the usual viewing direction. Thus, the feature film reminds its viewers, even in the last minutes, that nothing has to be the way you expect it and that (almost) everything is possible in the cinema. Thus the credits become an integral part of the film plot.

5 Se7en in the spectator’s head

There’s a box in this movie. By the time we get to see it, the director has pushed his game with us to such an extent that we as viewers no longer know where our heads are at.

In 1995, film audiences and critics were publicly outraged by the scene with the box. Brutal! Horrible! Unimaginably violent! Beyond all limits! Obviously, it was about the contents of the box. This, mind you, a year after a former video store owner named Tarantino used Pulp Fiction to push the boundaries of violence in mainstream cinema by at least a light year.

Only: Se7en refuses to be obvious in his key scene. The camera, the montage, and the constantly rising plot push the game of tension to such an extreme that our imagination complements the real picture with the cinema in our heads. What we see in the film is not what the film image shows us!

Sensitive minds may complain about the horrible presentation of the content in the box. Alone: the corresponding images do not appear in the film. They are the product of imagination alone. The viewer never gets to see what is in the box! You have to get something like that right first!

If you think humor has no place in Se7en, you haven’t looked closely. Granted: It’s a difficult scene to discover.

In a close-up from a newspaper stand you can see the headlines of the murders. In other tabloid front page articles in the middle are the titles: “Housekeeper Held Hostage By Child’s Possessed Gerbil Three Days of Terror” and “Neighbor’s Beagle scares teen cures 8-year bout with hiccups.” 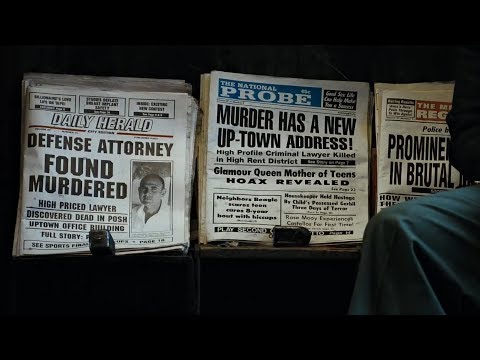 For whom the bell tolls

There is an interesting story at the end of the film. Because Se7en, this much is revealed here, ends completely different than many other movies in this genre. And not the way it was planned in the script. The studio did not like that. It insisted on stopping with a race against time, which either Brad Pitt or his opponent Kevin Spacey would win.

Later on, both Brad Pitt and director David Fincher declared that they would have threatened to refuse to work if the ending they had invented during the shooting was not implemented.

A compromise had to be made, much to the displeasure of Morgan Freeman, Brad Pitt and David Fincher:

In the last minute of the film, you can hear Morgan Freeman’s voice from offstage. In a narrating off-voice he quotes from Hemingway’s novel For Whom the Bell Tolls. But somehow the whole thing doesn’t want to match with the previous film. 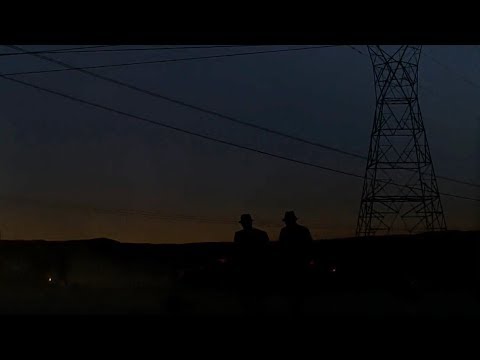 The reason for this is quickly explained.

The passage with the voice was only added after the editing at the insistence of the studio. This, to find a more personal conclusion. Learn: in 90% of all cases, an off-comment that looks strange is nothing more and nothing less than a patch.

For decades, the claim that the beverage manufacturer Coca-Cola would place hidden messages in its commercials has haunted the US media landscape. This was done in the form of frames, which contained an invitation to buy as a single image and, because of their length of 1/25 second, were only perceived by the viewer’s subconscious.

David Fincher – this can be checked with any editing software that can control single frames – does the same in Se7en! Exactly seven minutes before the end of the film he inserted a single frame, which – of course! – shows the contents of the famous box for 1/24 second. Not anymore. No less.

That’s all a motion picture can be. Or want to be.

“1917” is a huge movie. Enormous pictures, enormous sound, and with a historical background brimming with violence. Director Sam Mendes tells the story of two soldiers on a kamikaze mission [mehr…]

The live-action adaptation Cruella (2021), starring Emma Stone and Emma Thompson, about the teenage years of legendary Dalmatian hater Cruella De Vile from 101 Dalmatians, shows what Disney does best: Entertainment for all ages. [mehr…]

Nothing Brave at All | the Forceps Delivery of »Zwingli – The Reformer«

»Zwingli – The Reformer« would have had every opportunity to be an important and great Swiss film. It has become a perfectly filmed school theatre. For our film critic Zachery Z. a painful experience. [mehr…]