The truth is exceedingly nasty! Because whether you’re making a good short film or a bad short film, the amount of time and effort you put into making your film is usually about the same in both cases. That’s why you are well advised to set the course so that your (short) film will be a success. This Filmpuls article explains what you have to do.

Every successful filmmaker has dreamed of making a movie at some point. Many directors started their careers with a short film. But even those who don’t have career ambitions should be pleased if the film they have made finds a wider audience beyond their circle of friends at a short film festival. This article offers you tips and important assistance.

Spontaneously, you always want to make a feature film. Or at least a movie the length of a series episode. That is, with at least 45 minutes in length, if not 90 or 120 minutes. Sure you can tell more in that time. Nevertheless, there are good reasons to first make a short film, the length of which is between 5 and 15 minutes.

For every minute you shoot as a movie, you’ll have about a week’s worth of work, all told! At least if you want to shoot a video in high quality. Making movies takes time. The effort for the shooting is mostly still calculable. On the other hand, finding a good story, writing a screenplay and later also editing the film technically cleanly, all that takes a lot of time.

10 minutes of film add up to two and a half months of free time or vacation at the end. You’ll more or less get your act together. For a useful feature film you will work, even if you don’t believe it, but a whole year. The risk of running out of breath or your team bailing out is immense. You don’t want to fail though, you want to make your own movie, right? That’s why you decide to make a short film for the first time. Then you’ve already done a lot right.

Video: Tips on how to make your own film | © arktis.de / YouTube 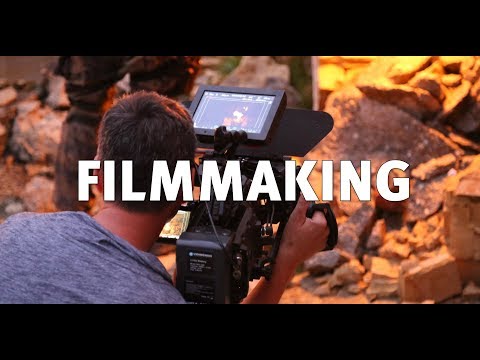 Finding the idea for your own film

Professionals shoot one to three minutes of film per day of shooting. Stop! you will now say: “But it was just said, per minute of film I have to invest a month of time!” The contradiction is none. The rule of thumb mentioned above – all long-term empirical values – is made up of the following guide values:

Of course, this is generous and calculated with reserves. But that’s the way it has to be: Everything you do, after all, you do for the first time, because the whole point is that you’re making your own first film. You will have to learn many things, and this also takes time. And there should be fun to be had as well. Having to run breathlessly against the stopwatch is not a good prerequisite for this.

The most important thing about finding your movie idea is accepting that you’re going to have to budget a lot of time for it. Having ideas is not a difficult thing. But your film shoot won’t succeed with just an idea, only with the really good idea and an even better script. The idea is good if it is original, unique, thoughtful, implementable and great cinema. Also, in the end, it’s not just the idea that has to inspire, but the script. And not you, but the audience, i.e. people who do not belong to your circle of friends.

The idea for your short film is the backbone. The script is the bones. Only when all the pieces are in the right place will your idea be able to walk upright. Only then. If it’s limping, you shouldn’t even think about making the movie. Writing the script is the be-all and end-all.

Making a film alone only works for documentaries. If you have a short film shoot with a feature story in mind, you will need a team for the shoot. Finding this succeeds with less effort with a script that inspires enthusiasm. Just because your team will get no or only a token payment for their participation in the filming of a short film. In addition, guiding a film crew that shares a vision is much easier when they are not on fire for the project.

You might even be able to get one or two film professionals interested in your short film shoot with an unusual film idea.

If you are telling a fictional, i.e. invented, story on a film shoot, you need to find actors. Again, the quality of the script is crucial to this. This is especially true if you want to get professional actors for a guest appearance in your short film.

Many graduates of drama schools and talents at casting agencies are waiting for a chance to prove their skills with an appearance or even a leading role in a promising short film. If your script is watertight, you can also use it to approach training institutes and agencies.

The picture should be sharp, the sound understandable. When shooting a (short) film, you can also use television and cinema films and series as a guide when choosing shot sizes and perspectives as well as lighting. So far, so clear. But danger looms from here:

Nevertheless, the deepest trap into which the majority of short film makers still fall is technology. Many people who shoot their own film for the first time do not understand that it is not the film equipment that determines the success of a film. It’s always the story. The film technique serves the story. Always! Everything else marks the narrow gauge filmmaker (amateur).

Video: Typical beginner mistakes when making a short film | © How To Media / YouTube 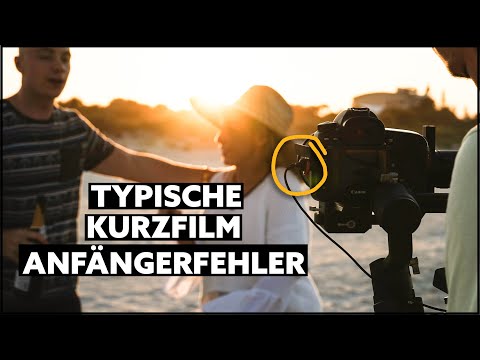 Don’t worry about whether you’re shooting at 4K or 8K. Even 100K won’t turn a dumb, boring story into a festival success. Excellent films can be shot without excellent technology and with commercially available cameras. Don’t invest your money in an expensive camera. If anything, I’d rather invest in locations or a script coach.

The better the preparation, the easier it is to shoot a film. The film shoot is the first moment of truth, not only in short films. First, reality and vision collide here. Secondly, the logistics of any film shoot, even short films, are always a horror. Parking and filming permits, changing lighting conditions and lack of restrooms lurk like trolls around every corner.

Making a film requires more than just stamina and a lot of nerve. Even more than these things, which is too often forgotten, helps serenity and above all: humor. A film shoot is an adventure. If you can enjoy this wild ride, you will also find the energy to concentrate on the really important things. Making short films, so the learning goes, quickly reveals who knows how to combine willpower with social skills.

Whoever masters this, possesses an important prerequisite for success even when shooting longer films.

The first moment of truth is the shooting. The second hour the post-processing. You can only mount what you have turned. What is awkwardly staged during filming can to a certain extent be “cut beautifully” in editing. But not always save. The same with sound: where good sound recordings have failed, the best filter in sound editing reaches its limits.

In film editing, as in short film making, the technique trap also lurks for the beginner. Gimmicks with the title, digital effects and a bombastic 3D opening credits are sure signs that the story and film narrative are not the main focus. In short films, and not only there, it is better to do without such gimmicks. Success with short films comes to those who prove themselves as storytellers. You don’t need to direct your own film to have a career as an editor.

Precisely because you make many mistakes when shooting your own film, and are allowed to make many mistakes because that’s the only way you learn, what comes next is one of the most important things in making a film! Not just for short film shoots.

What do you do when you realize in the editing or initial visioning of your video that a scene doesn’t work or a part of the script should have been written differently?

The wrong answer is: you can’t change it anymore, only the realization and the anger remains. That’s right: because you’re a smart guy who read and understood this article about shooting movies, you scheduled a day or two ahead of time for a reshoot.

This gives you the freedom to think about what additional material you need to film on this shoot, which takes place after the main shoot. That’s how you turn your good movie into an excellent short.

Enter the short film at festivals

Once your film is available online as a screening copy, you can think about taking the next step: submitting it to short film festivals. Remember that many established festivals for feature films also have a separate category for short films.

You can find the most important festivals for short films listed in our award calendar.

Eva Habermann: “What We Did, We Did Not Know, but We Did It With Love!”

Erkan Acar: “If I Had Acted Out My Being a Producer During the Shoot, It Wouldn’t Have Done Anyone Any Good.”

Why Your Movie Idea Is Almost Certain to End up as an Anemic Zombie!

Your movie idea 99% of the time doesn’t fail at the box office or flop with audiences. She ends up a zombie because no one will believe in her and no producer in their right mind wants to make a movie or series out of it. Here are 5 reasons why. [mehr…]