Siddhartha is the nine-year-old son of Fabrizio, life artist and guru. His 65-year-old father lives with him in a community outside a small village in Italy. He deliberately abstains from electricity, lives without running water and feeds his son as far as possible as self-sufficient.

Siddhartha is not a child like others. He grows up far from conventional society. Often he lives naked in his Italian forest like Tarzan in the jungle. But there is also the civilised world in his life: a village. There, Siddhartha has a playmate with whom he discovers the world of consumption and television.

The original title of the documentary film is “Noci Sonanti” in Italian. Translated into English, the title of the film means: sounding walnuts.

“Noci Sonanti” is the name of the group in which Fabrizio (65) and his son Siddhartha (9) live. The autonomous community derives its self-chosen name from the fact that a nut carried alone in a bag cannot make any noise – unlike many nuts that come into contact with each other in the same situation through movement and become perceptible by rattling against each other.

Father Fabrizio teaches his son Siddhartha in home schooling to prepare him for the school’s final exams. At the same time, he accommodates people in his home if necessary, who want to meditate with him and with him and find inner peace far away from the Internet and mobile phones.

What does Siddhartha mean?

Siddhartha was the founder of Buddhism, also known as Buddha, Gautama and Siddhattha Gotama. He lived as an ascetic from the age of thirty. The name was also made famous by Hermann Hesse, who in his book of the same name, first published in 1922, described the story of a man who questions his social position, but also his father’s authority.

Siddhartha finds it difficult to share his father’s attention with these strangers. Siddhartha also has doubts about his father’s attitude to life and his stubborn refusal to allow him to enjoy the comforts of the modern world (which he meets in the village). 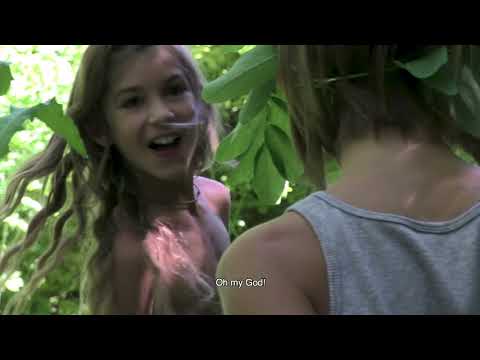 The documentary film Siddhartha is sensitive and delicate in its observation. The documentary seems like the true story of Heidi, but told from the boy’s perspective.

In the film, the two Italian filmmakers Damiano Giacomelli and Lorenzo Raponi accompany father and son for an entire summer, quietly observing: they do not intervene in the events, but spend as much time as possible with their protagonists. The result is a very close portrait of Siddhartha that reflects the contradictions of the two worlds.

In this documentary film, one can literally feel how happy Siddhartha is on the one hand in his secluded, free world. On the other hand, the conflicts with his father Fabrizio grow. This often happens in the moments when the boy begins to understand that, for example, the renunciation of medication has not only advantages for him.

The shooting team shot for Siddhartha with very reduced technology. In order to get close to the protagonist, as little film equipment as possible should disturb the filming location. Two cameras and two microphones were used.

The double version was used because there was no electricity available in Fabrizio’s house and therefore the batteries of the equipment could not be charged.

Growing closeness to the protagonists

Director Giacomelli tells in the film talk of the film festival DOK Leipzig that it was extremely difficult for the nine-year-old Siddhartha to ignore the shooting team that constantly accompanied him. In the beginning, her relationship with father Fabrizio was also very distant.

But the longer they spent time together, the happier they all became with the film documentary and their experiences. Today Siddhartha and his father were even very happy when the filming team came to visit.

Giacomelli describes the filming of his documentary film Siddhartha at the DOK Leipzig 2019 as his (quote) “greatest cinematographic experience to date”.

When asked whether he would like to live his life in favour of more freedom, as his leading actor Siddhartha does, the director replies: “No! “Because then I couldn’t charge the batteries for my camera.”

This documentary makes us realize how much color (and sound) has to do with our sense of reality. And demonstrates why the invention of sound and colour film were groundbreaking milestones for cinema. [mehr…]

Genius Documentaries: These Three Docs Have the Potential to Change Your Worldview!

Life often writes the better stories. This is currently proven by 3 brilliant documentaries: “The Mole – Undercover in North Korea”, “The Dissident” and “Alternate Endings: Six New Ways to Die in America”. [mehr…]

“A Perfect Crime”: Exlusively Behind the Scenes of the First German Orginal Netflix Docu-Series

“A Perfect Crime”, the first a Original Netflix docu-miniseries from Germany has been running as an original on Netflix since autumn. In this article, producer Christian Beetz reports exclusively on the genesis and peculiarities of this work. [mehr…]