One of the oldest and certainly one of the most expensive forms of commissioned production are tv commercials. Nevertheless it can be divided into only two types. These are presented here.

Nowhere else is so much money per second invested in moving images as in tv commercials. Here, at least until a few years ago, the conditions are like those in Hollywood.

You have to know that.

In the fifties and sixties, commercials were called advertising films. This word still sums it up today. A commercial (synonyms for this are: advertising clip, TV commercial, or short TVC) advertises a product or values. This is done in a form that is intended to generate as much attention as possible.

TV commercials were once the bridge between the poster and the product demonstration in the household goods store. Only little by little did they become a real art form. This development was essentially driven by the high prices demanded by the TV stations for broadcasting advertising. Payment was made per second or, from the seventies onwards, with the advent of video, usually per frame.

TV Commercials are expensive – there is a reason

The effort required to produce a commercial is one side of the coin. The other side is the cost of distribution. Usually the latter amount to a multiple of the production costs. It is not uncommon for the distribution of an advertising film to invest 15 to 20 times as much in broadcasting space or online distribution.

But even the production of an advertising film is significantly more expensive than that of an image or product film. Why?

The answer is simple: There are no coincidences with TV spots! Every detail, no matter how small, is controlled. The sock colour of the main actor? Hair length, size or shape of the fingers?

In a commercial, none of this is a coincidence. Because nowhere is the audience closer to the product or the image. Where only a few seconds are available, and where sales are involved, precision work is required. This is costly.

Even seemingly authentic forms of advertising such as video testimonials are orchestrated down to the smallest detail. Coincidences are prohibited.

A TV spot must pay for at least one of a total of four targets.

As a precision weapon in marketing communication, TV spots are usually aimed at only one of these objectives. Here the rule is: less is more. Better to achieve one goal than to miss two.

Buy the sausage, you sausage!

Exactly, this is now about the pork belly in the title to this post. It’s about the most honest form of advertising. “I tell you what I’ve got, you buy it!” We have known this since the early days of print advertising.

But even today, companies such as Aldi, Mediamarkt or Lidl still advertise in full-page, colourful ads with large numbers for special promotions. Malicious tongues in the advertising industry call this “pork belly advertising” because meat was advertised in this way during the time of the Empire.

Pork belly advertising is almost without exception price-driven. Extra bold numbers advertise unbeatably low prices. Next to this is the product and an unmissable call to action. “Buy now!” “For a limited time only!” “Today’s Action!

Storytelling, or whatever you think storytelling is

Far less direct is the second form of frequently encountered advertising. This type of advertising film tells a story.

The basic structure of these spots is simple and follows a triple jump: first a scene that attracts attention. Then the resolution. And at the end, the Call to Action and the logo of the product or company.

Very often the construction of such commercials reminds of a filmed joke. The resolution is not predictable, but surprising and logical.

It is no coincidence that this form is most often used in TV spots. Jokes are considered the shortest form of a story. They also provide the director with all the important elements of dramaturgy for storytelling: surprise, contrast, delay and emotions reach out to each other. All this in a few seconds.

Brevity is the spice

Time is money. This is especially true when it comes to advertising time on TV or advertising space on the Internet. Only those who put the decimal point in a nutshell will really get their message across to the audience.

This is why advertising videos are always a compromise. Because emotions need time to develop. The TV viewer and even more the user on the web does not have this time. 8 seconds is the average time span of attention today.

Whoever is able to effectively combine brevity and content when creating an advertising spot, wins! Also financially.

Where advertising space is sinfully expensive, it makes sense for an agency and its customers to make money for a director who masters the art of reduction.

Commercials are precision work. This requires experts with high artistic and cinematic competence. 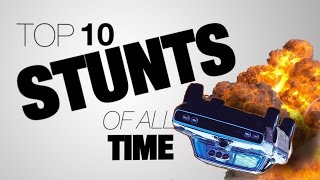 At the same time, a director of commercials moves close to marketing. But he must also have an above-average feeling for the target audience.

Good commercials do not know coincidence.

About Carlo P. Olsson 62 Articles
Carlo P. Olsson accompanies the production of films, videos and TV series on behalf of companies, agencies and production companies. In his free time he plays ice hockey and is engaged in baroque sound drama.

How to write a perfect director’s interpretation for commercials

After Netflix, YouTube in Europe is now also reducing its transmission quality. Specifically, the video service will initially broadcast its videos in SD quality only for 30 days, and thus not quite as sharp and [more...]

This article explains how agencies proceed in the development of communication concepts. It shows the sequence in which all important questions are asked and solved and explains the technical terms required for this. [more…]