Half of what is currently being written about the future and the possibilities of virtual reality is wrong. The other half is untrue. The truth is: VR has found its place! This is shown by the current state of the 360 animation.

The latest 360-animations can be seen in the truest sense of the word! They solve many problems, which still make real 360 films fail. An analysis.

You should know that

The problem with almost all 360 films is that the viewer is superior to the VR film and thus to the filmmaker. A normal video controls the view and thus has the immensely important ability to guide the viewer.

In 360 video, the viewer is free to choose where he or she wants to look. And most of the time, the viewer looks exactly where the director and author would rather not. Down, on the floor between the legs of the performer. Up to the sky, where nothing happens. Or just somewhere in the apple sauce.

Anyone who wants to stage virtual space will quickly find its limits in reality. With the best will in the world, it is not possible to artificially build the whole world around a 360 camera. Or can it? You guessed it! This is where the 360 animation comes into play, to which this article is dedicated.

Virtual reality in the form of 360 animations has three major advantages over other 360 films. These can already be seen today. And animated VR movies are the ones that set new standards in virtual reality in moving images today.

Decisive for this are

What the combination of these three factors is capable of, VR movies for the smartphone like “Pearl” or “Invasion!” suddenly get nominated for Oscars or Emmys.

Specializing in 360 animation, Baobab Studios is already considered a serious competitor to Disney’s Pixar in the field of virtual reality two years after its founding.

Under the direction of Maureen Fan (Maureen comes from the game industry), Baobab increasingly has former employees of classic animation studios such as Disney and DreamWorks Animation.

With the short film “Invasion!” the world, not only in Hollywood, suddenly became aware of 360 Animation and Baobab Studios. But that was not all. The young studio’s first VR short film is also the very first 360 animation film, which will soon inspire us as a feature-length feature film.

A friendly working meeting was planned at Universal Studios in Los Angeles to exchange experiences. When the meeting was over, the makers of the 360 Animation short film had a blockbuster deal in their pocket.

Co-founder and creative director Eric Darnell of Baobab Studios says with a wink “first of all, as always, the guys discussed with each other. Then Maureen explained how we work. It was only then that the studio people realized who our boss is and who they should better pay attention to!”

Eric Darnell is a writer. He was one of the directors of the animated movie hit “Madagascar”. Darnell and his team systematically tested their short film “Invasion!” on more than 1’000 people (!) during production.

Again and again the 360 animation was improved and tested again over months. Something that would be absolutely unthinkable with a conventional film as well as with a real shot 360 video.

What is also unusual is that a film produced in such a perfectionist manner meets with enormous enthusiasm not only from the audience but also from critics and at festivals (Sélection officielle in Cannes for Le Marché du Film, Toronto International Film Festival, and Tribeca Film Festival).

The result speaks for itself. Here it is: 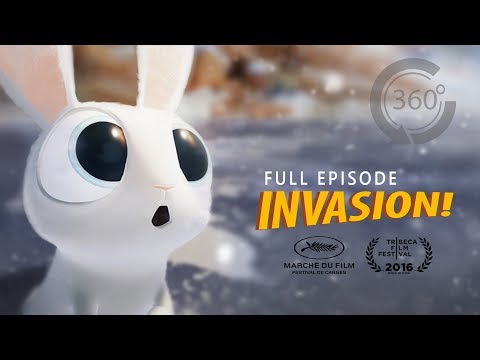 The no less successful successor to the 360 animation “Invasion!” entitled “Asteroids!” was released this summer by Baobab Studios. 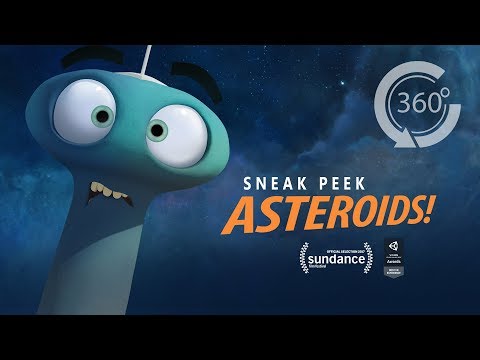 The short film “Special Delivery” by director Tim Ruffle is also a small masterpiece. The 360 animation was produced by the world famous Aardman Studios in England.

Aardman has received an Oscar / Academy Award for his animation films (including “Wallace and Gromit” and “Shaun the Sheep”). 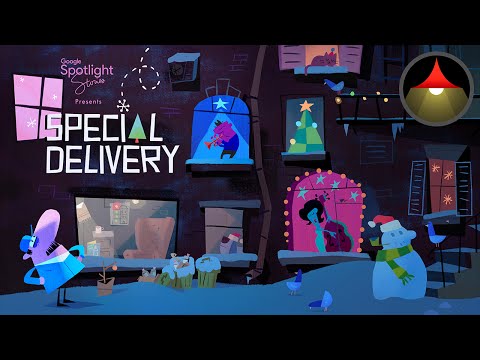 Google recognized the trend of the time earlier than many of today’s competitors in the field of 360 animation. To this end, the Internet giant launched its own YouTube channel for virtual reality as early as 2016 with Google Spotlight Stories.

At TED-Ed, professional animators illustrate a wide variety of learning content. The first video of the series was created as a 360 animation. The educational script was written by Iseult Gillespie, and directed by Michael ‘Lippy’ Lipman. 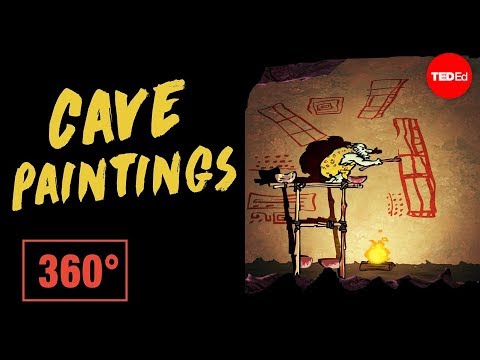 Meanwhile a classic, but one that absolutely must appear in this list of 360 Animation’s best practices. This is because the perfection of digital animation is increasingly threatening to replace the real world.

If you have never seen this video before: Search for the space station in orbit. And please don’t be frightened by the frighteningly realistic collision. 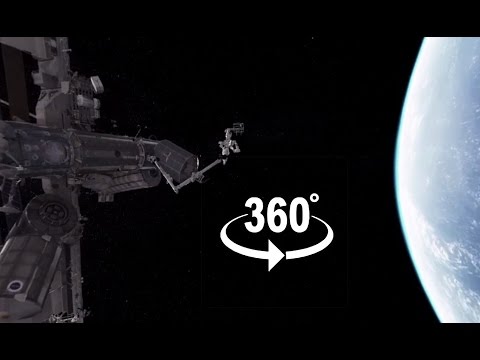 Virtual Reality Movies on Your Smartphone! Instructions, Tips and Tricks