No two steps are possible without the keyword storytelling being mentioned somewhere. But if you ask what the term stands for, you will soon be amazed. Therefore: It is time for a redefinition!

Intelligence can always be recognized by how differentiated a thing is viewed. This also applies to storytelling. Even the ancient Romans recognized that “like with like, but unequal with unequal”.

Because storytelling today means everything – and therefore less and less – you will find here a new, practical and above all useful definition of this key concept of communication with video.

You need to know that

There is nothing that cannot be made worse, stupider or more misleading. Storytelling is not a universal fuse that automatically leads to a creative explosion and thus more impact. This is true for film or video.

The well-meant, but mostly fragmented definition of storytelling proves it. Here is a selection of definitions of what the term should stand for

The term storytelling comes from the feature film business. This is the reason why storytelling is primarily defined as a technical narrative method.

After all, if you are telling a story for a large audience in the cinema, you usually know which story you want to tell. Especially since the story here is mostly fictional and thus already optimally geared to the audience’s interest.

In corporate communications, this definition does not go far enough. This is because here the brief, the content to be told and the way it is told merge.

The filters that precede the feature film, such as exposé, treatment and story outline, are usually missing here. Everything begins simultaneously with each other at point zero.

Storytelling as a narrative method

A popular approach sees storytelling as a “narrative method”.7 The term is translated here quasi literally: How to tell a story.

So it’s all about how a story is told. Granted: …while the how is highly relevant… But it’s only half the story.

Because if storytelling was only about the how, any content (sic!) could be told in a stirring way. This conviction is only held by the advertising profession.

Everyone else knows the story of the chicken and the egg, the river and the riverbed and therefore knows that form cannot replace content. River and riverbed influence each other. A chicken without an egg (and without a cock) is just as impossible as an egg without a chicken.

Enriching information with emotion: Is this storytelling?

Again and again, there are voices that explain the high trend factor of storytelling by the fact that storytelling combines information with emotions. Because with a well told story, it is generally believed that you can hit the target audience directly in the heart. 8

There are three problems with this:

So here again the legacy of the entertainment business is evident. It would never even occur to a feature film maker to question the necessity of emotions in a feature film! Feelings are only a topic where up to now there has been communication without emotional components.

What we learn from this: Good communication does not hit the addressee in the heart. Instead, it moves the heart, using it as an echo chamber.

The principle of using storytelling to show what is at stake in order to create concern and closeness before the superhero (or his surrogate, a heroic product) saves the world is borrowed from the feature film world. 9

The problem with that:

With this principle in mind, you always end up with a story that is about death or life. However, the end of the world and the danger of death are often not necessarily what marketing managers expect from a communication measure. They are not recommended for promotion.

Based on the work of Joseph Campbell 10 and Chris Vogler 11the US consulting firm The Content Advisory has adapted the classic feature film model of the heroic story to corporate storytelling.

The CM process model shows (CM stands for content marketing): This definition of storytelling also has its pitfalls. The three-act structural model, Syd Field and others are well-respected – but Hollywood is often not the right shoe size for corporate communications! And with inspiration and wannabes alone it is not enough in practice. 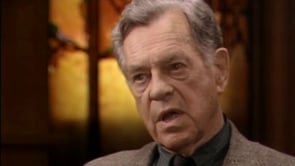 In the battle for the interpretive power of storytelling, it makes sense to start from what is undisputed.

If you throw around the word “storytelling” you expect a higher impact. Even if you use it to put the cart before the horse from the tail: it’s a good way to work.

In order to create an effect, in addition to the knowledge of storytelling techniques, you need content that fulfils the following three conditions

A story that doesn’t interest the intended audience per se can be told as well as it can be. They don’t give a damn.

In order for the story to work and to maintain a closeness, topicality helps. The closer a story is to the life of the audience, to an experience or a problem or challenge currently felt, the higher the potential relevance.

Often no soul asks the question whether a story can really be told. This is by no means as obvious as one might think. Video and image films have outstanding capabilities – but also limits. More about this: see here.

What cannot be visualized, cannot be put into words and/or pictures is not suitable for storytelling.

The practice-oriented definition of storytelling for companies

This brings us to the following definition:

Storytelling for companies is the emotionalised telling of facts according to the rules of dramaturgy for a chosen target group. The content to be narrated must be subordinated to a desired statement and structured in a meaningful way, without losing credibility.

There are five core elements in the above description:

Let us take a closer look at some special features:

The thing with the identification figure

Truisms usually have a hard time of it. Even in storytelling. The required closeness to the viewer can be further increased if a question is not only topical but also demonstrated by the example of a reference figure.

If you decide to do this, you have to keep two factors in mind:

Dealing with characters in a film, whether documentary-style or staged as a feature film, requires a high degree of talent at all stages of implementation. From script to direction to production and image and sound editing. That costs.

If the integration of identification figures fails, the image film, commercial or product film can quickly turn into a Punch and Judy show. Especially because reference persons further intensify the question of the narrative perspective, and without which it is impossible.

Professionals can be recognized immediately when storytelling. The same applies to small-track filmmakers.

If closeness, topicality and narrative are given, it is advisable to consider two successive levels in storytelling:

Story forming serves to define the story. What should be told? It is only a matter of determining the content.

The how comes later. Story forming is the chronologically correct way of breaking down the story to the timeline. But be careful: There is no room for gaps and jumps. Because that would take us back to the narrative style (the how).

All events and processes are presented in chronological order as causal chains. One causes the other. Logic and comprehensibility dominate. In a feature film these can also be psychological explanatory patterns.

The role of dramaturgy

Dramaturgy always has only one function in storytelling: it must help to tell a story as well as possible.

Anyone who watches a video usually already has a certain amount of preconditioning. I sit in front of the TV and expect a commercial. Or click on a video on Facebook. Or get an image film announced.

In all these cases I have an expectation as a viewer. It is the task of the dramaturgy to deal with this expectation intelligently. Beginners and autodidacts often forget that there are far more dramaturgical means than just contrast and surprise.

Each means has its advantages and disadvantages in storytelling. These need to be carefully examined. Telling a story is like clockwork. One cogwheel meshes with the next.

Not everything is a story

This should make it clear that not everything can and must be a story. Storytelling is the right tool when a suitable content can be dramatized. If this is not possible, it makes more sense to refrain from telling a story.

Even short situations can create added value, especially in the form of video clips in social media. The nice thing about it: Unlike storytelling, a situation needs no beginning and no end. It is simple. That makes it authentic.

Successfully Write a Synopsis for Film, Video, or a Series. That’s How It Works!

How to: Do you have an idea that you want to turn into a movie or a series? You want to know what your film idea is worth? Then it’s time for a synopsis. In this article, you’ll find everything you need to know about it as a writer. [more…]

In dramaturgy there are proven ways of maintaining tension. Filmpulse shows very concretely how storytelling can be improved and the viewer’s attention can be increased with dramaturgical tension fields. [more…]

Dramaturgy for Beginners in Storytelling and in Entertainment and Corporate Movies

When it comes to storytelling and dramaturgy for newcomers to film and video, there is only one question that counts: How can dramaturgy help the content achieve maximum impact? Because it is not only the beginning and end that give a story its value when communicating with film and video. [more…]

Lower thirds can occur in different forms. It is a misunderstanding that they can be used alone as carriers of a person’s name and functions. Here you can find out why.  [more…] This article was [more...]

Welcome to Filmpulse | We use cookies (including US services) on our website. These help us to improve the articles for you.OKREJECTMORE INFO