A few hours ago one of the official world premieres of “Zwingli, the Reformer” took place in beautiful Zurich. Our film critic was present at the premiere. Here he summarizes his impressions of the new feature film.

Here comes one like Zwingli, who in the year of the Lord 1519 challenges the Pope and with him the whole world! One who is interested in women as well as power and wants both. Someone who cares a little about the narrow spiritual corset of the powerful and wants to teach people how to think. A man with a mission, who brings even close allies and comrades-in-arms directly or indirectly to the scaffold, if this serves his goals. A man who is driven and stands by his drives. A Swiss Che Guevara who wants and gets the revolution!

This is about nothing less than the remake of the life of one of the most famous historical figures from Switzerland. A personality with undisputed international impact and charisma. What could have been done in 2019 with this film about the reformer Zwingli, which is huge, great and beautiful!

Zwingli, the eponymous main character of the film, has a cart cart into the picture in the first scene. This passivity continues to set the tone for the next two hours of the feature film.

Shortly before the end of the spook, Zwingli at least doesn’t let himself be dragged away, but is carried around the corner by a horse in combat gear on his way into battle. The fact that this is done in slow motion, which is technically astonishingly badly done for a six million dollar feature film, gives the viewer as little relief as the later only claimed quadripartition of the hero at a time when the makers ran out of resources.

The whole lovely long film is dominated by claimed activity. Sadly, however, you can feel this as little in your heart as the love story promised by the distributor, which remains an assertion.

That’s something you first have to manage! In the cinematic developing nation of Switzerland in 2019 with such a large budget to bore so skilfully with Zwingli. 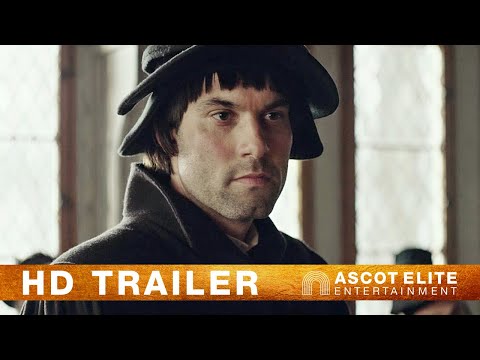 “Zwingli, the Reformer” is a germ-free film that cannot overcome its efforts to build dramaturgical bridges between historically guaranteed facts.

After all, and this at least is a small, but also very sad miracle: The Swiss film director Stefan Haupt, who created a masterpiece with his last feature film “Der Kreis”, the actors, above all a magnificent Anatole Taubman, the costumes and sets – all the prerequisites would have been there.

What dark devil has managed to make a film out of such a material as Zwingli, which comes across as a perfectly filmed teaching aid for secondary school, sponsored by a detergent manufacturer who washes whiter than all the others?

You can feel the intention… – and you are upset

The largest institution behind the film, the Reformed Church, which has supported the work on many different levels, seems to have almost as much trouble with its “founder” Zwingli in the anniversary year 2019 as it did with the Anabaptists who appear in the film, to whom it apologized officially for their misdeeds only a decade (!) ago. With “Zwingli, the Reformer” she misses the unique chance to sharpen her own very dusty profile and to transport her 500-year-old values into the present for a large audience in a credible way. Whether or not, because behind the name Interfilm, which appears in the credits, an interest group of film-loving clergymen hides, remains the secret of the producers.

Even a state-guaranteed bank as presenting sponsor seldom makes such a film fresher and bolder – both church and bank share one goal here: they do not want to scare their elderly lambs and counter customers. Please let everything remain as it is. Is that Zwingli?

Zwingli, the Reformer” is a bit like the alleged helmet of the Reformer, which is in the collection of the Swiss National Museum. The gaping hole in it is supposed to be evidence that Zwingli wore it in 1531 in the battle where his skull was bashed in. One would like to believe the story and the evil hole, but one cannot. Not least because the name of the person wearing the helmet was engraved in huge letters. So that even the last but one fool may understand what is going on.

Gone with the wind

You almost have to wish that the butchery company that also supports the film (will there be “Zwingli – die Wurst” soon?) would have had more influence on the script. A little more blood, dirt and violence wouldn’t have made “Zwingli, the Reformer” any better, though. But at least it could have distracted from the narrative weaknesses.

Even the soundtrack, which desperately kicks the predictable plot in the backside every now and then, can only fail under such circumstances. Not because of the harmlessness of the character Zwingli, but because of that of the film. There is simply nothing brave at all in this harmless film without edges.

At least we can comfort ourselves with the fact that Zwingli cannot turn over in his own grave about this failed cinematic sausageage of his life: After his death, the reformer was quartered, burned and his ashes scattered to the four winds by his enemies. So that he never returns. “Zwingli, the Reformer” respects this wish.

Zwingli the Film: The most expensive radio play in Swiss film history?

“Zwingli, the reformer”, one hopes, just in view of the subsidies spoken in the name of culture, should at least have ensured a quota for the Swiss public broadcaster. The age structure of the audience in line with television film is already guaranteed on this channel.

If this does not succeed either, “Zwingli, the film” will go down in Swiss film history as probably the most expensive historical radio play due to its tantalisingly explanatory dialogues. After all.

Here comes one who’s never made a movie before. And decides to film one of the greatest German criminal cases of the 19th century. Udo Flohr is the name, “Effigie – The Poison and the City” his feature film. [mehr…]